Adam Gilchrist is impressed with the way Australia have kickstarted their preparations for the next year's T20 World Cup which they will host in October. Adam Gilchrist is impressed with the way Australia have kickstarted their preparations for the next year’s T20 World Cup which they will host in October.

Australia, who are yet to win the global T20 showpiece event in tournament’s 12-year history.

Former international wicketkeeper-batsman Gilchrist feels the fact that they have been in good form combined with the availability of their first-choice players and home conditions means they are going to do well.

“I think they are really well-placed seeing how they’ve started the summer,” Gilchrist told Reuters. “They’ll love the conditions, they love the grounds, they’re bigger grounds, they’ll play them well. We got everyone available now, which is great. I think Australia is, probably for the first time ever, focusing on picking their best team regularly and not just for the World Cups.”

He feels that the five-time ODI World Cup champions are still working out a combination and that have plenty of time to settle in on a balanced unit. “I think they’re probably still working out whether to use two spin bowlers or one spin bowler and a batting allrounder like Mitch Marsh or (Marcus) Stoinis. Ashton Agar is doing a really good job, and if you look at all the successful bowlers in T20 around the world, they’re all spinners. Nine out of the top 10 in the rankings are spinners. They’ve got time to work that out but I think they have got a really well-balanced squad,” he said. 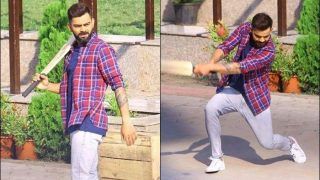