Australia is likely to resume cricket with a limited-over series in England after the Bangladesh Test tour was postponed due to the global health crisis.

Australia’s limited-overs captain Aaron Finch feels compromises will have to be made for the cricketing world to get back on its feet in the post-COVID-19 world, indicating that bilateral series could gain more precedence. The health crisis has thrown international cricketing calendar haywire, making rescheduling of various bilateral series a major challenge.

“It will get to a point, not just for IPL but for all cricket, there’ll be a compromise from a lot of different stakeholders – organisations, countries, players, the ICC – to get cricket back and countries thriving again,” Finch was quoted as saying by Cricbuzz.

The ICC Board Meeting on Friday could set the tone for coming months, feels Finch.

“I think the ICC are meeting next week to start discussing the FTP (Future Tours Program) again. The next couple of weeks we’ll have more idea what that looks like, what compromises will be made for different tournaments and countries.

“Everyone working together to get the best result for everyone. Some situations where it’s not ideal for Australia we have to compromise and give. It will be one big effort, I think,” he said referring to the ICC meetings later this week.

“With India coming out here this summer, Kevin Roberts (CA CEO Roberts) said it was a nine out of 10 (chance). I think there will be give and take in a lot of different things like that.”

Australia is likely to resume cricket with a limited-over series in England after the Bangladesh Test tour was postponed due to the global health crisis.

However, Finch said he has no concerns about playing in the UK as they would be staying in a bio-secure environment and would be able to train during the 14-day quarantine period.

A dark cloud is hanging over the T20 World Cup, scheduled for October-November in Australia. If that doesn’t take place, the IPL could be held in that window. 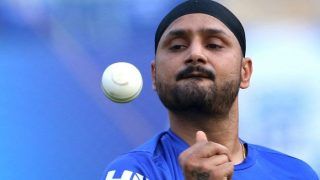