The selection panel had to choose between Shaun Marsh and Joe Burns in order to accommodate Usman Khawaja.

Australia have announced their playing eleven for the second Test against West Indies, which is scheduled to take place on Boxing Day on Saturday. Shaun Marsh, who had scored a majestic 182 in the previous game at Hobart, was dropped in favour of the in-form Usman Khawaja in what was the only change in the playing combination from the previous game. Australia currently lead the three-Test series 1-0 after decimating the hapless visitors by an innings and 212 runs at the Blundstone Arena in Hobart, with Adam Voges smashing an unbeaten 269 in addition to Marsh’s ton. The hosts are firm favourites to win the second match comfortably and clinch the series. FULL CRICKET SCORECARD: Australia vs West Indies 2015-16, 2nd Test at Melbourne, Day 1

Meanwhile, Australia skipper Steven Smith termed Marsh’s exclusion as unlucky, citing that the selection panel had to juggle between opener Joe Burns and him in order to fit an in-form Khawaja into the side, and decided to retain Burns in order to maintain continuity at the top of the order. READ: Australia will show no sympathy towards West Indies, says Peter Siddle

“There were lots of talks about it. Shaun’s obviously extremely unlucky to miss out. That was a big part of it. Joe’s been playing quite good cricket, he scored a hundred only a couple of Tests ago,” Smith was quoted as saying according to a report on ninemsn.com.au.

“They average 80 as a pair and it’s pretty important to have a good opening stand,” added Smith in reference to the opening combination of Burns and Warner. 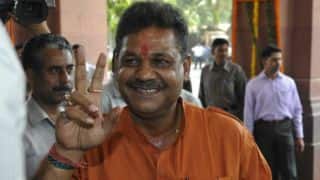 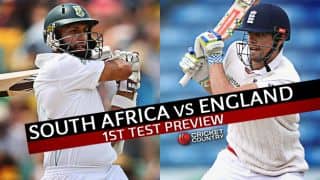