Australian skipper Michael Clarke says the disrespectful attitude of the four players was "the straw that broke the camel's back" but believes that Shane Watson can still comeback to the side as Vice Captain. 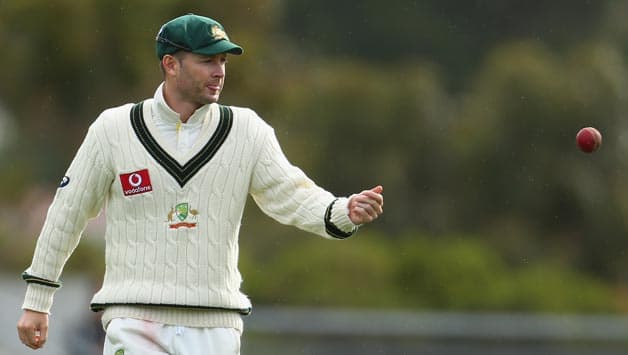 Australian skipper Michael Clarke says the disrespectful attitude of the four players was “the straw that broke the camel’s back” but believes that Shane Watson can still comeback to the side as Vice Captain.

Watson responded to his axing by flying back to Australia and was contemplating his future.

Clarke said the dropping of the quartet should not be linked to just one incident as it was a result of many things put together, that have happened in the past.

“This is the straw that broke the camel’s back.”

Clarke said he has no doubt about Watson’s abilities and he was sure he will return to the side as his deputy.

“A lot of people will ask about Shane Watson and the vice-captaincy. I absolutely believe he can bounce back from this and be the Australian vice-captain again.

“Watto is one of the best players in the world when he is at the top of his game. We didn’t consider the names of the individuals when arriving at this decision but made a call in the best interests of the team,” he said.

The Australian captain said by not submitting their presentations, the players showed disrespect to Mickey Arthur.

“It’s not good enough for players not to have complied with those wishes and, quite frankly, it’s disrespectful toward the coach. We need to uphold the highest of standards in this team and it’s unfortunate we have reached this point,” Clarke said.

The skipper said their decision was a step in the right direction and hoped the side will overcome the turbulent times and emerge stronger.

“We have to give ourselves the best chance to win the next two Tests to retain the Border-Gavaskar Trophy. To do that, we need everyone pulling in the same direction.

Unfortunately, that wasn’t the case after Hyderabad and we’ve arrived at this situation.

“It is my sincere hope that we will emerge from this a stronger team and do our millions of fans back home proud,” he said.