Like almost the entire sporting schedule around the world, cricket has been halted by the pandemic, with no return date set in stone. Australia head coach Justin Langer believes resuming cricketing action behind closed doors once the situation improves will add ‘great value’ for the fans around the globe, deprived of the action amid the Coronavirus lockdown in several countries. Langers also feels the resumption of cricketing activities will give something to rejoice for the cricket-crazy public.

“When you started playing cricket, when you were under age, there’s no crowds there,” Langer told BBC Radio.

Like almost the entire sporting schedule around the world, cricket has been halted by the pandemic, with no return date set in stone.

One of the options being mooted is to have the sport resume after restrictions have been lifted, but in empty stadiums.

“For the love of the game, and for still being able to entertain people through TV sets or radio, then there’s value in (playing behind closed doors). Yes it’s different, but we’ll never, ever, ever take for granted how lucky we are ever again.”

In fact, former England skipper Kevin Pietersen has also suggested that the BCCI should go ahead with the IPL and if needed they should play it behind closed doors.

“I think the fans need to understand they can’t watch a live game at the moment and they might not be able to watch a live game for the foreseeable future. [But] what would you guys give right now, to watch Mumbai Indians v Chennai Super Kings right now?” he pointed.

The BCCI is now also looking at the October-November window to host the IPL. But the move can only be possible if the ICC decides to postpone the T20 World Cup that is to be held later in the year.

IPL franchises, on their part, have decided that they will have the next meeting only after the government comes up with a fresh advisory on or after April 14. 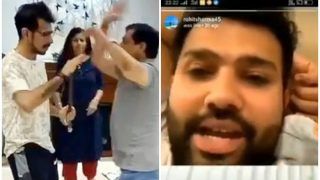 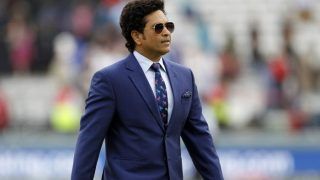