Australia have not enforced the follow on after taking a 207 run lead.

After resuming play at 200 for six, South Africa, under the bloody minded grit and determination of Faf du Plessis, with able support from Vernon Philander on the other end.

Du Plessis grew into the game and played some fine on drives to bring up his half century. The half chances that Australia got were running dry and the bowlers looked frustrated. Michael Clarke handed the ball to Mitchell Johnson to an attacking field and off went the big fish du Plessis —the wicket the visitors desperately needed.

Philander showed promise with the bat with some fine shots and was determined to stay around to avoid the follow-on for the Proteas but was soon running out of partners at the other end. Kyle Abbott tried hard but his painstaking stay at the crease was ended by the reverse swing off Shane Watson.

While Philander was not backing off from a fight, Steyn was his chest-thumping self soon after coming on. He played more sensible cricket than any of his top order batsmen and attacked when he got a chance. He didn’t use a runner despite a crocked knee and barely even flinched after being hit by a Johnson beamer, which broke his helmet. Johnson eventually got his number by getting Steyn out.

Morne Morkel was the last to depart with that had the option of taking the follow on. Australia have decided to bat again after taking a massive 207-run lead. 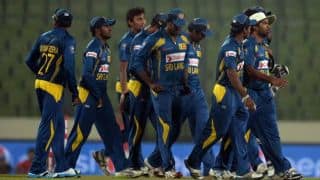 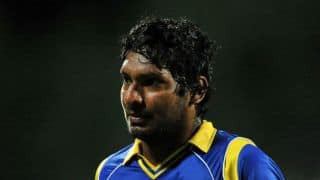 Kumar Sangakkara: Being in good form does not guarantee success