Pat Cummins has played all the five Ashes Tests so far holding 19 wickets at 27.78, ahead of spinner Nathan Lyon (18).

Injury-prone Pat Cummins never received an opportunity to play Tests at home since his debut in 2011. However, 2017-18 Ashes came knocking to his door in November. Cummins has played all the five Ashes Tests so far taking 19 wickets at 27.78, ahead of spinner Nathan Lyon (18). Cummins is delighted to have exceeded his expectation by being part of all the five Tests. However, Cummins might not be part of the ODI series against England.

With Andrew Tye and Kane Richardson also part of the limited-overs squad, Cummins, Josh Hazlewood and Mitchell Starc could receive a much-needed break before the South Africa tour. Australia s Chairman of selector Trevor Hohns has already signalled green flag on the decision and Cummins hinted about the same to the reporters after fifth Test, Day Two play. Cummins also revealed he was unsure of making it to the Australian Test side before the Ashes happened.

They’re going to reassess after this game

They’re going to reassess after this game. There was a bit of chat we might rest from one or two. We’ve got a bit of a break before the ODIs start. I don’t know yet. It takes a little bit to get over each Test but once you’re over a Test, you’re ready to start bowling and 10 overs in an ODI is a bit easier than a Test, as quoted by cricket.com.au.

I thought five games would have been a long stretch

At the start of the summer, being pretty realistic I thought five games would have been a long stretch. I’ve been really surprised with how well I’ve pulled up after each game. If we’d had a few heavier games and I had a few aches and pains then it probably would have been spoken about. 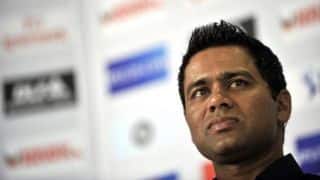