Australia have gained four points ahead of New Zealand at sixth while Pakistan has slipped behind the third ranked South Africa in the latest International Cricket Council (ICC)ICC T20I Team Rankings which were released after Pakistan lost to Australia in the T20 match played at Dubai on Sunday.

According to report in the official ICC website, Australian opener David Warner has moved up two places to seven in the ICC Player Rankings for T20I Batsmen while Ahmed Shehzad slipped to 10th position.

In the ICC player Rankings for T20I Bowlers, Mitchell Starc moved up two places to number to number four and Shahid Afridi reached seventh in rankings. 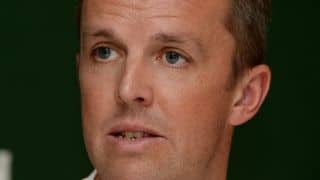