With the ICC World Cup 2019 months away, Marcus Stoinis feels Australia need to settle on their own brand of cricket. "

Allrounder Marcus Stoinis has said that Australia are struggling to emulate the aggressive approach to batting in ODI cricket that has become a common feature among the leading sides of the world.

Scores in excess of 350-plus are a regular feature with England posting 11 of them since the ICC World Cup 2015. Australia have tried imbibing that attitude but haven’t been able to successfully replicate it. The winners of five ODI World Cups have lost 16 of their past 18 ODIs.

With the ICC World Cup 2019 months away, Stoinis feels they need to settle on their own brand of cricket. “I think that (aggressive approach to batting) is something that caught us off guard a little bit in England,” Stoinis told Australian Associated Press. “It’s something we spoke about and tried to implement but it’s a hard switch to flick like that and it led to a few batting collapses.”

He added, “We need to find that balance. There’s definitely going to be a brand of cricket that we’re going to have to figure out that we want to play for the World Cup. So that may be the start of it now.”

Stoinis is part of the 14-man squad which is set to face South Africa in a three-ODI series starting from November 4 in Perth. In their last bilateral ODI series, Australia suffered a 5-0 whitewash at the hands of England earlier this year. 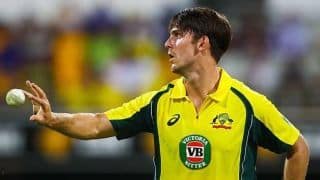 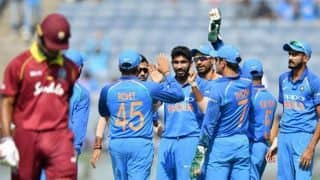