They might have begun the one-day series with an emphatic 72-run win but Australia vice-captain Brad Haddin feels his team needs to step up its game further to beat India consistently and clinch the seven-match series. 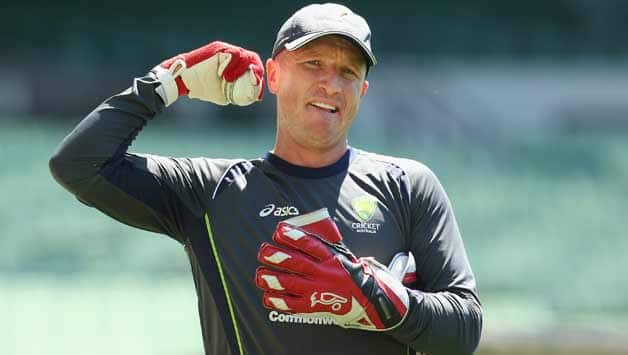 They might have begun the one-day series with an emphatic 72-run win but Australia vice-captain Brad Haddin feels his team needs to step up its game further to beat India consistently and clinch the seven-match series.

“We are happy that we could win the first game. It is good to start with a victory but it is a seven match series and you need to get better and better and it is more important to play well in the game in Jaipur on Tuesday,” said Haddin on the eve of second ODI at the Sawai Mansingh stadium.

The Australian wicketkeeper-batsman reckons it would be a high-scoring match and the conditions will also suit his bowlers.

“The conditions here are good another high scoring game.

The wicket is full of runs. Shane Watson and James Faulkner have played a lot of games recently and they were telling that it was a good wicket to bat on,” he said.

“There is grass and I hope our bowlers will love bowling on it. We have won the first game but need to get better and better because there are still six more games. We had good partnerships but still we ended 20 run short. We have to work on certain areas because we lost too many wickets in the end.

“The technology is there now days to know about the batsmen’s weaknesses and strengths and the areas to bowl,” he added.

Australian bowlers had tamed the Indian batsmen with a series of bouncers during the first ODI but Haddin said there was no excessive use of short stuff.

“I feel that the use of the short ball was not more than any other game,” he said. Haddin feels Australia skipper George Bailey was a good student of game.

“He had a very good knock in the circumstances at Pune and the way he controlled the game in middle overs after losing few wickets cheaply was fantastic. He is a cool and relaxed captain and good student of game,” the Australian vice-captain said.

Haddin also singled out Aaron Finch for praise and said the youngster is an assest for the team.

“He had a big hundred in England recently and we wanted him to get used to environment here. With the talent he has he can be a dangerous players and he is an asset for us,” he said.

Talking about the injury he sustained when all-rounder James Faulkner had poked his eye while celebrating the dismissal of Shikhar Dhawan, Haddin said that perhaps it was better to revert to old style celebrations.

“I feel it is better to revert back to old style hand shake or bums,” said a smiling Haddin claiming that his injury was better.