Australian opener Chris Rogers has said that his team will need to score heavily in the first innings of the third Test at Newlands if they want to become the first team in five years to snare a series win against South Africa. In the past 12 months, Australia has reached 300 in the first innings in less than half its 15 Tests — a concern for coach Darren Lehmann.

According to the Sydney Morning Herald, Rogers said that even though Australia’s confidence has not evaporated despite its 231-run loss in Port Elizabeth, however, immediate improvement was required in the third Test in Cape Town, starting on Saturday. Rogers therefore said that it is important for the visitors to bat well in the first innings at Cape Town and get the momentum leading with a huge score as it is going to go a long way to deciding the outcome of the Test and subsequently, the series.

Australia is expected to shoehorn Shane Watson into the team after the all-rounder gave a positive indication of his fitness for the match by bowling five overs at high intensity in Port Elizabeth on Monday, the report added. 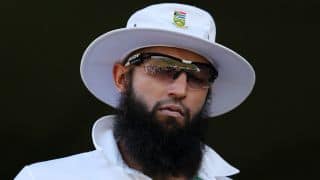