Smith did not read too much into the sudden retirement of Jonathan Trott.

Mumbai: Australia might have thrashed England 5-0 in their previous Ashes contest Down Under but key batsman Steve Smith feels their arch-rivals in Test cricket would be a force to reckon with in the July-August return series in England.

“I am really looking forward to the Ashes over in England. It is going to be a tough battle. They are very good in their own conditions and hopefully we can continue with the same success we have had in Australia over the past 18 months,” said Smith at a media interaction today.

“The way we play, the brand of cricket we play is really good and if we continue to do that hopefully we will continue to have a lot of success,” said the 25-year-old Sydney-born batsman who had scored 327 runs at just over 40 per innings in the last Ashes contest at home.

Smith did not read too much into the sudden retirement of Jonathan Trott after his flop show in the three-Test rubber in the West Indies that ended 1-1.

“I am sure they still have plenty of different batters in their side. They are a very dangerous side particularly at home. We are going to be at our best to be be able to triumph over there,” the Australian middle-order batsman said.

Smith maintained that his life had not changed much after Australia’s triumph in the World Cup in which they were the co-hosts with New Zealand.

“I don’t think so. I don’t think much has changed to be honest. Still as hungry to perform at any level and any format of the game,” said Smith.

“It was an amazing feeling — to be able to win a World Cup and at home in Australia. It was a pretty amazing 6-7 weeks we had throughout the tournament. Great learning experience and certainly a time in my life that I will never forget, winning a World,” he explained.

Smith could not pinpoint the reason Australia, who have won four out of the last five 50-over World Cups, are unable to do the same in the T20 World Championship even once.

“I am not so sure. We have not played as well as we would have liked in T20, particularly over the last two years. Hopefully we can improve and start working our way up those rankings a little bit,” he said. 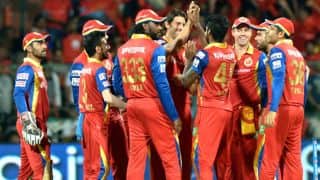