David White said NZC was looking to contribute to the day-night Test concept.

Cricket Australia said on Monday that it is pushing ahead with plans to stage an historic day-night Test match with New Zealand, possibly as early as the 2015-16 season.

CA chief executive James Sutherland and his New Zealand Cricket counterpart David White met in Melbourne last week during the International Cricket Council (ICC) annual conference to discuss the idea. They are devising plans to stage the match when New Zealand tour Australia in November 2015, with the venue to be determined, CA said. The ICC gave its approval in 2012 for member countries to work together on staging Test cricket under lights.

“We are serious about pushing ahead with the concept of day-night Test cricket,” Sutherland said in a statement. “We feel it will only strengthen the position and possibilities for Test cricket in many parts of the world. There are many Test matches played during non-holiday periods when adults are at work and kids are at school and that’s not an ideal way to promote the highest form of the game.”

Sutherland said there was not a major team sport in the world that scheduled the majority of its premium content during the working week. “We’re not talking about playing the Boxing Day or New Year’s Test at night,” Sutherland said. “The summer holiday period in Australia really lends itself to Test cricket, but at other times of the year it can be difficult for fans to attend or watch Test matches, be it here or in other parts of the world. “That’s really at the heart of the issue. The challenge is to try to make Test cricket more accessible for fans.”

White said his organisation was looking forward to contributing to the day-night Test concept, especially in terms of helping develop a new pink ball suitable for Test conditions. “Australia continue to assess conditions to ensure they are appropriate to stage Test cricket at night, and we fully support that duty of care,” White said in the CA statement. Both governing bodies said they would continue to seek the opinion of players, spectators and broadcasters.

ICC chief executive David Richardson said he supported the idea. “I’m pleased that after the ICC board gave its thumbs-up during the 2012 annual conference and following extensive trials and debates, we are now at a stage when two of our members are contemplating playing the first-ever day-night Test,” he said. 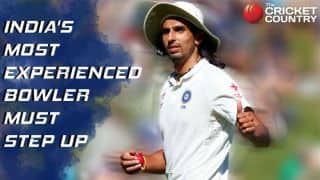 India’s tour of England 2014: Ishant Sharma must get act right or risk exclusion 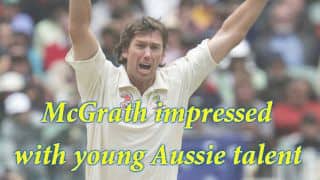