Australia captain Michael Clarke believes fending off the challenge posed by Sri Lanka's spinners will be the key to winning the three-Test series starting next week. 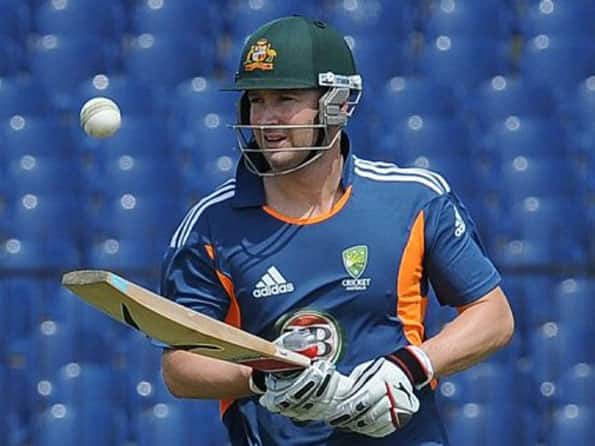 Australia captain Michael Clarke believes fending off the challenge posed by Sri Lanka’s spinners will be the key to winning the three-Test series starting next week.

The series, which opens at a traditionally spin-friendly venue in Galle on August 31, will be Clarke’s first as Test captain since taking over from Ricky Ponting after the World Cup.

Clarke said a 3-2 success in the one-day series against the hosts would stand his side in good stead going into the Test matches.

“I think it’s been really good to get some cricket under the belt in these conditions,” Clarke said after his team’s four-wicket defeat in the fifth and final one-dayer in Colombo on Monday night.

“Looking at the result, I would imagine that the wickets are going to turn throughout the series and we are going to be facing a lot of spin. We need to be prepared for that.

“We have to be at our best as a batting group. We are fortunate we’ve got a lot of experience in our batting group but we have to make some big scores.”

Sri Lanka will be without match-winning fast bowler Lasith Malinga for the Test series, but Clarke said the hosts still had the bowling resources to test his batsmen.

Malinga, who became the first bowler to take three hat-tricks in one-day internationals, has already quit Tests in a bid to prolong his career in limited-overs cricket.

“I think a few of the boys are happy we don’t face him (Malinga) in the Test series,” said Clarke, who was named man of the one-day series for scoring 242 runs in the five matches.

Australia were bowled out for 211 before Sri Lanka achieved the target with three overs to spare.

“I’m sure Sri Lanka are going to have a good attack in the conditions we’re playing in. I’d be surprised if they don’t play two spinners at least,” said Clarke.

Australia will play a three-day practice match against a Sri Lanka Board XI in Colombo from Thursday before the Test series.(AFP)

CLT20 2011 Schedule: RCB to kick off against Warriors