Michael Clarke said on Wednesday that Australia's current losing streak will not curtail his Test career, as the tourists look to bounce back from two straight defeats in the third Ashes Test. 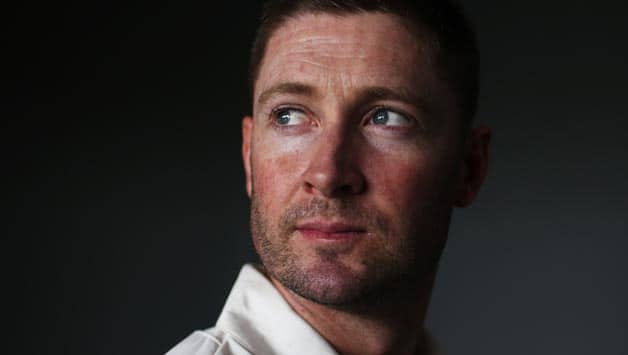 Michael Clarke said on Wednesday that Australia‘s current losing streak will not curtail his Test career, as the tourists look to bounce back from two straight defeats in the third Ashes Test.

The losses come on the back of a 4-0 series loss in India earlier this year, leaving Australia winless in six successive Tests — their worst run of results since a similarly dire streak against a powerful West Indies side back in 1984.

Five games into that run, a tearful Kim Hughes resigned as Australia captain.

But Clarke said he had no intention of following suit — or calling time on his Test career any time soon.

“I’m not retiring in the near future,” he said in Manchester, where the third Test starts at Old Trafford on Thursday.

“I want to help this team have success. I want to make sure I’m leading the way and scoring runs and I’m 32 and not 36, so luckily I’ve got a few years before I have that discussion.”

Clarke, who has has had to deal with a longstanding back complaint throughout his career, added: “I’m not ready to walk away from cricket.

“I love the game as much now as I ever have that’s for sure. I have no intention to walk away from this game right now.

“As a captain you probably take it more personally when the team doesn’t have as much success as you would like, which probably just makes me work harder.”

Not since an Australia side inspired by batting great Don Bradman has any team come from 2-0 down to win a five-match Ashes series.

Australia suffered a 347-run thrashing in the second Test at Lord’s but Clarke believed that all was not lost.

“We’ve got to play better cricket but like I said after Lord’s I’m confident we can turn it around I really am, I’m   onfident we can win these next three Test matches and win the series,” he said.

Neither Clarke — a world-class batsman who averages over 51 in Tests — nor anyone else in the Australia side have yet made a hundred this series with the tourists’ top-order woes a key cause for concern.

“I think you’ve got to give credit to England as well,” said Clarke.

“They’re bowling very well with reverse swing and their spinners are doing a very good job at the moment. Their batters are finding a way to get through the very tough periods and make big scores. That’s the difference at the moment.”

England have never won an Ashes series 5-0 but have twice been on the receiving end of a whitewash, most recently in Australia in 2006/7.

Current England captain Alastair Cook — on the 2006/7 tour as a 21-year-old — said that was a chastening experience.

But he added that more recent Ashes history was a warning against complacency.

In 2009, England were 1-0 up with two to play when Australia hammered them by an innings and 80 runs in the fourth Test at Headingley.

England recovered to win the fifth Test at The Oval by 197 runs to regain the Ashes but the Headingley experience should be a warning not to get carried away.

“We’ve got to concentrate in doing that first hour very well on Thursday, followed by the next hour,” he said.

“That’s very boring but if you start thinking about other stuff, we’ve experienced it in the past. I think Headingley in 2009 was a prime example of that. We didn’t play very well in that game. We knew if we played well in that game, we would have won the Ashes. It’s about making sure we are totally on it for this match.”

BCCI violated its own rules to constitute panel for probe on IPL spot-fixing and betting: Bombay High Court