Adamant on sticking to pace despite the dustbowls that await them, Australia's acting head coach Steve Rixon on Saturday said his team's success in the upcoming Test series against India would depend a lot on how quickly it adapts to local conditions. 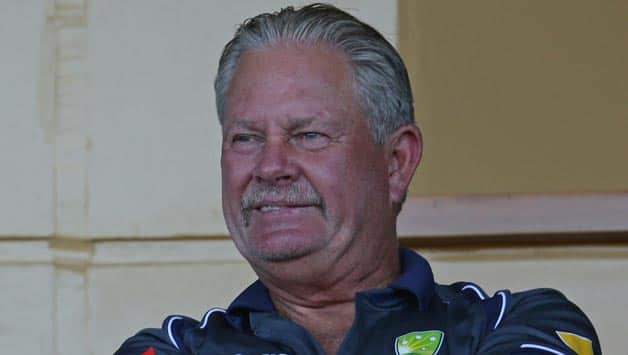 Adamant on sticking to pace despite the dustbowls that await them, Australia‘s acting head coach Steve Rixon on Saturday said his team’s success in the upcoming Test series against India would depend a lot on how quickly it adapts to local conditions.

“Teams are going to play a lot of competitive cricket. This wicket is something that the Indian boys play very well on. We will have to learn to adapt to these very quickly. The purpose of our coming early is to get acclimatised as quickly as possible,” said Rixon.

Eight members of the Australian squad reached India on Thursday to get acclimatised to the playing conditions before the four-Test series starts on February 22.

Rixon said the visitors are prepared for the famous spinning wickets but hoped that the pitches would not be “anywhere near what they faced in Sri Lanka” last month.

“I certainly don’t see green surface appearing. The reality is, it will be a good wicket. To start with it will have a little bit of pace but as the game goes on, it will definitely be advantage to the spinners,” he said.

“It is a little bit different in India and different in Pakistan and few of the other Asian countries. So we will have to learn to how to deal with that. Coming out of South Africa, West Indies and Sri Lanka tour, it is just about how we deal with the Indian conditions…it’s going to be tough but we will give ourselves a chance as we had a good preparation,” the coach added.

Asked whether Australia would look to field a three-pace and two-spinner attack in the opening Test in Chennai, Rixon said, “We got to use our strength, which has to be the fast bowling department.

“I always suggest that while you have got five very good bowlers who bowls at 140 to 145 an hour and on occasions 150, on variable bouncing wickets, they can just stand as spinners.

This is probably our strength. We will probably stay with our strength and I think those guys would be our frontline.”

He is confident that the players’ experience of competing in the Indian Premier League would help them.

“Indian conditions are quite different. Fortunately, a lot of our guys have been playing in the IPL and the knowledge they have about the wickets and conditions here this time of the year, which is absolutely beautiful. On the outside, it is a little bit warm and we are looking forward to getting used to the conditions.”

Talking about the importance of spinners in the sub-continental conditions, Rixon said that would involve a lot of discussion and planning.

“I will have to talk with the spin guys. I have to talk out on setting different field for different pitches. I have to discuss the line that they have to bowl and the use of crease by them. These are the little things that we need to focus on.

“Nathan (Lyon) is a young spinner in the team. He is taking about three and a half wickets per match. He is doing very well at this point of time and he has a chance to utilise the wickets in the subcontinent where probably the wickets will be benefiting him. I am sure he is going to be one of the leading wicket takers in the series in India,” Rixon stressed.

Insisting that it is going to be a “very competitive” match, Rixon said, “Basically, we’ll get our heads around as to how as a batting unit we can amass 350-run score and get 20 wickets to win Test matches. One thing we always put lot of emphasis on is our fielding, which has always been a major part of any Australian side in taking catches.

“Every corner will be covered. We are going to do our best. It is going to be a good Test match,” Rixon said.

On David Warner’s injury, the coach said, “He is not going to play in the first practice game and we will just see how he is doing for the second game. One thing I can assure you that if there is any doubt at all, he will not be playing in the two practice games.”

Rixon also informed that Shane Watson will not be bowling at least in the first Test.

Asked whether Sachin Tendulkar’s unbeaten 140 for Mumbai against Rest of India in Irani Cup yesterday has caused some concern in the Australia, Rixon said: “He is a great player…there is no question about that. Even now, he may be at the other end of his career but he is still a great player and has lot going for himself.