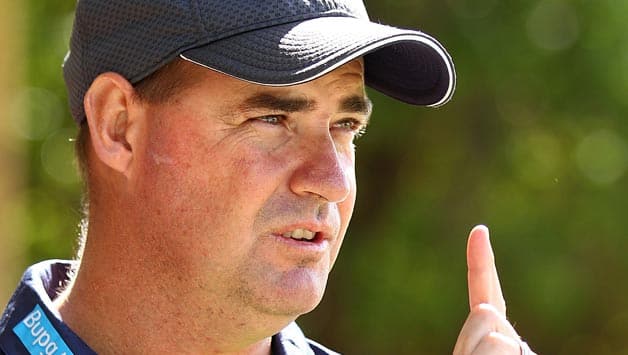 The South African has refrained from commenting since being dumped just weeks before the Ashes campaign against England, but in an interview with Sydney’s The Daily Telegraph he detailed a fractured relationship with his vice-captain.

“My relationships were outstanding, except with Watson. He was one of the guys I lost,” Arthur said.

“India was where it started going wrong, when we suspended those players. If I sit back and think, ‘would I have done it again?’, well, I probably would. Because I believed so much in what we were trying to do.”

In a shambolic Test tour of India earlier this year that Australia lost 4-0, Watson, James Pattinson, Mitchell Johnson and Usman Khawaja were all disciplined by Arthur after failing to submit feedback requested by team management.

They were axed with Watson controversially sent home.

“I met with all our staff before I did it and our staff were adamant that was the right way to go,” said Arthur.

“I ended up making those decisions and then ended up bearing the brunt of them.”

Arthur ultimately paid the price for a poor Champions Trophy campaign in England after India and a lack of discipline in the team, which came to a head when David Warner punched England’s Joe Root in a Birmingham bar in June.

The coach was fired with two years still on his contract and replaced by Darren Lehmann.

Arthur sued Cricket Australia for his job back or up to Aus$4 million (US$3.7 million) in compensation, saying there was a deliberate campaign against him. But he settled after “significantly reducing” his claim.

Arthur said he was annoyed because “I put my head on the line with a lot of big decisions and a lot of the people who were very keen for us to make those decisions then backtracked”.

Australia embarked on the troubled India tour without the experience of Ricky Ponting and Mike Hussey, who both retired, and Arthur said the squad missed the batsmen’s steadying influence.

He said a worrying lack of leadership prompted him to draw up a document of guidelines for the young players entering the squad.

“I spent so much time with our manager and we put together this whole values document for all the young players coming into the Australian side,” he said.

“They got a booklet and we told them exactly what the expectations were, because the young guys coming in didn’t know.

“They’re good players, they’re not great players. They’re earning obscene amounts of money and they’ve got big egos, but they don’t know the best way to go about it.

“So we were putting in these definite guidelines because we had no leaders there. So that fell on me to educate the guys and ultimately I’m the guy who loses it.”

In addition to the lack of leadership and inflated egos, Arthur noticed something else, The Telegraph reported.

“What I saw is Australia is very much an ‘old boys’ club. A lot of the ex-players carry a huge amount of weight and what they say, a lot goes, and that was the disappointing thing.”