Bancroft is set to be dropped owing to poor form while Pattinson is expected to be back after being rested for the 2nd Test.

Australia are expected to make at least three changes to their playing XI for the 3rd Ashes Test starting Thursday at Leeds Headingley, with opener Cameron Bancroft set to be dropped owing to poor run of form that has seen him total 44 runs in four innings, averaging just 11 so far in the series.

Bancroft is playing his first international series after completing an eight-month for ball-tampering, but, he has fared a tad better than his opening partner, David Warner. The left-hander is averaging just 4.5 in the series, adding to Australia’s opening woes. However, it is Bancroft, who has been called out by former players for his lack of technique, who is set to be axed. Marcus Harris is likely to come in.

Harris played six Tests through the Australian summer scoring two fifties against India, but lost out his place to a returning Warner.

Australia will also replace veteran Peter Siddle with James Pattinson, who was rested for the 2nd Test at Lord’s as reported by The Daily Telegraph. The team management had earlier emphasised on rotating their pace battery to preserve the pacers – in particular the injury-prone Pattinson. Even though the 28-year-old claimed only two wickets in Australia’s win in the 1st Test, he was impressive with his pace and hostility. Siddle, on the other hand, claimed three wickets at Lord’s.

ALSO READ: Talking points ahead of third Test at Headingley

With Josh Hazlewood and Pat Cummins set to retain their places in the XI, Mitchell Starc will once again miss out. The third change for Australia will be a forced one with Steve Smith, out due to a concussion after being hit by a Jofra Archer bouncer on the back of the neck, making way for Marcus Labhuschagne, who was Smith’s concussion substitute at Lord’s.

Australia are leading the five-match series 1-0 with England aiming to draw level at Leeds. 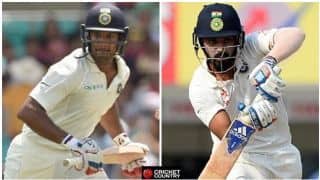 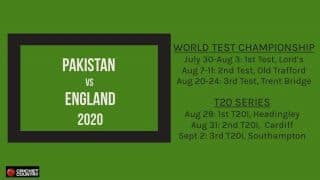