Australia should not be written off, warns John Inverarity

Australia should not be written off, warns John Inverarity

Australia's chairman of selectors John Inverarity has told England, now is not the time to dismiss his side's chances of regaining the Ashes, despite the controversy currently engulfing the tourists. 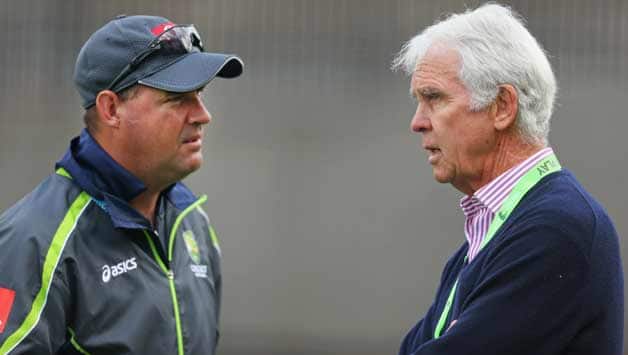 Australia‘s Chairman of selectors John Inverarity has told England, now is not the time to dismiss his side’s chances of regaining the Ashes, despite the controversy currently engulfing the tourists.

Title-holders Australia’s early exit from the ICC Champions Trophy 2013 in the UK, which included a defeat by arch-rivals England, was compounded when David Warner was suspended until next month’ first Test and fined heavily for a bar-room attack on England batsman Joe Root.

Warner’s conduct was labelled “despicable” by Cricket Australia chief executive James Sutherland, yet the opening batsman was allowed to remain on tour rather than be sent home.

It all raised fresh questions about the squad’s discipline, particularly in the light of the ‘homework’ incident in India earlier this year when four Australia players were made to miss a Test for failing to provide feedback requested by team management during the course of a 4-0 series loss.

Meanwhile captain Michael Clarke, now Australia’s best batsman, hasn’t played a competitive match since March due to a recurrence of a back injury he suffered in India and was absent again as the team’s Champions Trophy exit was confirmed by Monday’s 20-run loss to Sri Lanka at The Oval.

But Inverarity, Australia’s chairman of selectors, insisted the Ashes squad contained the “best players available” and that history showed Australia teams written off before a tour of England had a habit of making critics eat their words.

“In 1968 it was said that we had one of the weakest squads, that was 1-1,” former Test batsman Inverarity, last man out when a Derek Underwood-inspired England won the final Test at The Oval but Australia retained the Ashes, told BBC Radio‘s Test Match Special.

“And another time I remember the English press said it was most certainly the weakest team to come to England was in 1989 and Australia won the series 4-0. We have got in that squad of 16 the best players available. We are looking forward to them acquitting themselves well and we will see what happens.”

Warner has been banned up until the start of the first Ashes Test in Nottingham, on July 10 and with Australia’s squad containing several other opening batsmen, his immediate Ashes prospects appear gloomy.

But Inverarity insisted Warner could yet feature at Trent Bridge despite being banned from Australia’s two warm-up matches.

“Yes, he has a chance to play, certainly,” Inverarity said. “In any cricket season in years gone by you might have a wet start to the season. Players sometimes miss games and then come back and make centuries.”

Meanwhile Inverarity, who combined his cricket career with being a schoolmaster, insisted Australia did not face fundamental problems regarding players’ discipline.

“There have been one or two hiccups but basically they are a very decent, nice bunch of young men who behave themselves extremely well. I don’t think that has changed over the years,” he said.

Clarke is expected to return for Australia’s first warm up game against Somerset next Wednesday.

“We very much need him at the helm. He is a very good captain and the troops are right behind him and we very much miss him when he is not there although George Bailey has done a good job in his absence,” he said. 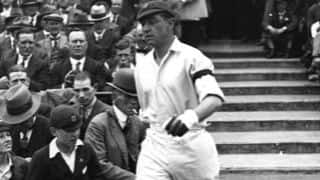 Wally Hammond: A life of grace, grandeur and grief