Australia should watch out for Harmanpreet at the ICC Women’s T20 World Cup 2020: Alyssa Healy

Australia should watch out for Harmanpreet at the ICC Women’s T20 World Cup 2020: Alyssa Healy

Former Australia captain Alex Blackwell said that India will be a big threat at the showpiece event Down Under.

Australia s wicketkeeper-batswoman Alyssa Healy has warned the Southern Stars to be wary of India women s T20I captain Harmanpreet Kaur at the ICC Women s T20 World Cup next year. Harmanpreet, who was named in the ICC Team of the Year 2018, was responsible for spearheading India to the semi-finals of the ICC Women s World T20 2018 in the West Indies in November.

“When I saw the fixtures announcement, I said, ‘Damnit!’ I was hoping to avoid them. India are such a powerhouse in the cricketing world, on the rise in the women’s game, which I think is special,” Healy was quoted as saying by ANI on Tuesday. (ALSO READ: Hot streak: Smriti Mandhana’s ODI form shows no signs of slowing)

“They have got some serious players which they are going to unleash. It is Harmanpreet Kaur’s home ground (from the Women’s Big Bash League), the Spotless Stadium, so definitely one to watch,” added Healy.

Meanwhile, former Australia captain Alex Blackwell said that India will be a big threat at the showpiece event Down Under. Defending champions Australia are placed alongside India, New Zealand, Sri Lanka and a qualifier team, which is yet to be confirmed.

“India are positioned to make a final. Sometimes we see Harmanpreet Kaur play within herself. But when she goes out there 100 per cent, she has proven to be very hard to stop,” Blackwell said. (ALSO READ: Clinical India women secure series after eight-wicket hammering of New Zealand)

Australia will kickstart their campaign against India on February 21. India have beaten Australia on both occasions when they met in big events the last two times.

Australia captain Meg Lanning, who led the women in yellow and gold at the ICC Women s World T20, said that a World Cup at home will add more pressure. 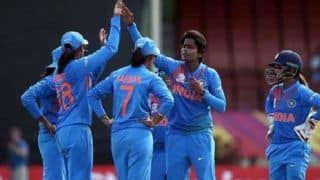 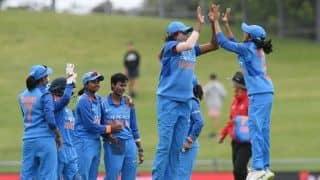 We definitely want to make it 3-0 against New Zealand: Mithali Raj