Australia captain George Bailey was left scratching his head as to how his side was now ranked below Ireland in the Twenty20 rankings after their super over defeat in the second Twenty20 international against Pakistan on Friday. 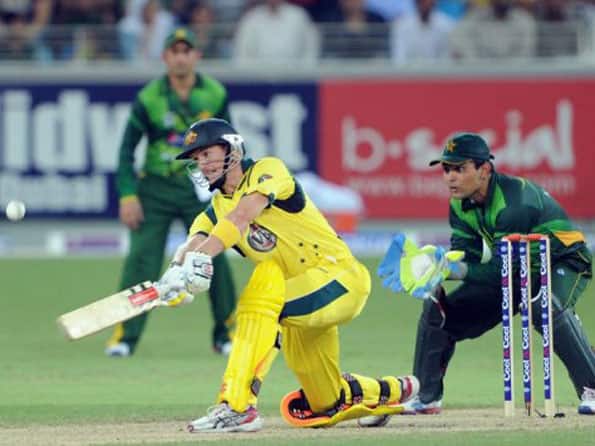 Australia captain George Bailey was left scratching his head as to how his side was now ranked below Ireland in the Twenty20 rankings after their super over defeat in the second Twenty20 international against Pakistan on Friday.

Australia and Pakistan were locked at 151 after 40 overs before the Pakistanis took the match in a super over finish at Dubai Stadium, to clinch the three-match series 2-0. The third match will be played here on Monday.

Bailey, however, questioned the rankings system in which minnows Ireland are a place above them.

“That does not look good but I am still not sure how the rankings work,” said Bailey of the Twenty20 rankings introduced last year and currently topped by South Africa.

“So Ireland goes past us when we haven’t played Ireland in a T20. If Ireland is a better side than us then I guess it will show in a couple of weeks in Sri Lanka,” said Bailey of the World Twenty20 championship starting on September 18.

Australia are in Group B of the 12-team competition and open their campaign against Ireland in Colombo on September 19.

Australia have won only four of their last 13 matches but faced strong opponents in South Africa, Pakistan, England, India, Sri Lanka and the West Indies.

Ireland, associate members of the International Cricket Council, have won eight of their last 11 but all of them against minor nations.

Despite the defeat and the descent in the rankings, Bailey said he took several positives from it.

“I am really pleased that we performed much closer to what I think we are capable of. The guys will take a lot of confidence out of this individually and as a team. But to be so close and to lose raises a lot of questions in the head,” said Bailey.

Pakistan captain Mohammad Hafeez, whose team jumped to fourth from sixth in the Twenty20 rankings, said victory will give his team more confidence.

“As captain I feel very proud of my team and I hope from here on they will continue also in the mega event,” said Hafeez of the World Twenty20 in which Pakistan are in Group D along with New Zealand and Bangladesh.

Hafeez said allrounder Shahid Afridi was doubtful for the third and final match after injuring his left hand during Pakistan’s 2-1 defeat in the preceding one-day series.

Off-spinner Saeed Ajmal also hurt his shoulder on Friday but will be fit for Monday’s final match, said Hafeez.