Australia will be hoping to extend their T20I domination over South Africa when they square-off at Carrara Stadium.

Both on and off the field, Australia are enduring tough times. Across formats, they are losing and their image has also taken a massive beating. Changes have been pushed in both directions. However, on-field, despite visible improvements, the results aren’t coming in their favour. They would be hoping that Carrara Stadium’s maiden international fixture will help them set the tone for a summer where they are all set to host India in the absence of their premier batsmen.

South Africa will finish their brief limited-overs tour of Australia with a one-off T20I on Saturday. Having already pocketed a three-match ODI series 2-1, the visitors will be hoping the momentum will help them in continuing the winning run.

Australia were bundled out for 152 in the ODI series opener before they bounced back with a convincing win in the second match. They fought well in the series decider but it wasn’t enough. They must have been encouraged by their improvement, especially in the batting department which has stood out like a sore thumb in recent matches. They will also take hope from the fact that when it comes to T20Is, they have a superior head-to-head record against the Proteas. Of the 17 occasions the two teams have faced each other in the format, Australia have won 11 times. And at home, in six meetings, they have lost just once while winning the rest.

Weather: Thunderstorms predicted with a high of 26 degree Celsius

Australia have rested the pace trio of Mitchell Starc, Josh Hazlewood and Pat Cummins for the fixture as they fine tune themselves for the upcoming Test series against India. T20 specialists have been summoned. Andrw Tye and Billy Stanlake will be expected to lead the attack while Adam Zampa shoild handle the spin duties ahead of Ashton Agar.

South Africa are fielding the same squad with the exception of Dale Steyn who has returned home. Andile Phehlukwayo could get a look in should Faf du Plessis opt for a four-pronged pace attack. Tabraiz Shamsi, who was unused during the ODI series, could make the XI in place of Imran Tahir.

“From our perspective, T20 cricket for us over the last two or three years has been a case of bringing in the young guys, giving them an opportunity, so we never really play our strongest XI.” – Faf du Plessis

“We want to be out there throwing the first punch and putting them on the back foot because if you drive the game it makes life so much easier.” – Chris Lynn 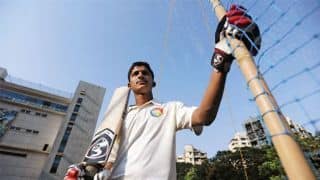 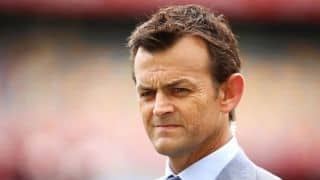