Australian spinners Nathan Lyon and Xavier Doherty are analysing the performance of their English counterparts in India ahead of the four-match Test series in the sub-continent later in the month. 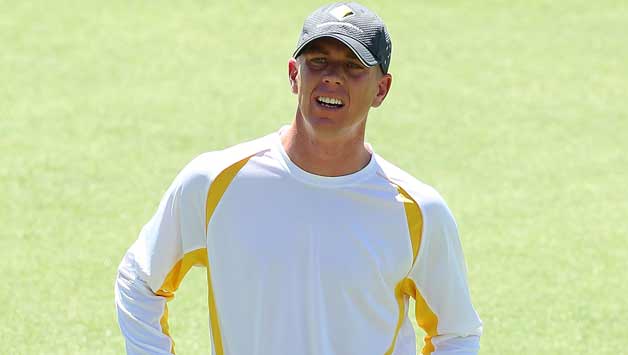 Australian spinners Nathan Lyon and Xavier Doherty are analysing the performance of their English counterparts in India ahead of the four-match Test series in the sub-continent later in the month.

Lyon and Doherty are the frontline spinners in the 17-man squad announced for the tour of India beginning in Chennai Feb 22.

Though the Indians are considered great players of spin, the Australian duo have taken heart from Graeme Swann and Monty Panesar‘s show which helped England script a historic series win in India.

Doherty has had a look at their performance and plans to revisit the footage again.

“I watched it (for the first time) more as a spectator rather than for research, thinking I wasn’t going to be a part of it,” Doherty was quoted as saying by Sydney Morning Herald.

“But watching the way they bowled, with some extra pace and really getting the ball to fizz off the wicket, I’ll be looking harder at some of that footage again. They (Swann and Panesar) led their attack and unexpectedly won England the series.

“Traditionally India’s batsmen go after the spinners, especially inexperienced spinners they look to take on. I have got a fair bit of research to do and a bit to learn, but the important thing is to make sure I’m bowling well, with some confidence, going into the series,” the left-arm spinner said.

The pressure on Lyon is more after national selector John Inverarity’s comments that the 25-year-old was not anymore a certainty in the team.

Lyon is among the batch of players who are leaving early for India and says he will make his plans after seeing the conditions.

“My bowling is totally different to anyone else’s which is a big positive,” Lyon said.

“It will be a big key for me going over early and spending a couple of weeks over there before the first Test. I’ll have to do some big training sessions and use the trial games before the first Test to find out what I think is right for the conditions for myself to bowl in.”

IPL 2013: CSK may not bid for foreign players in auction