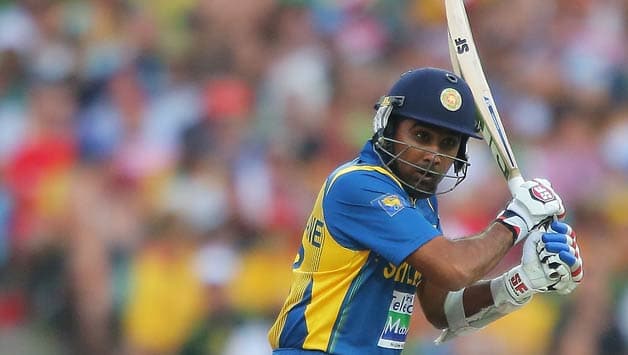 The fourth One-Day International between Australia and Sri Lanka was abandoned after rain halted play on Sunday with the tourists chasing 223 runs to take the series.

Sri Lanka needed 209 more runs off 46.4 overs with all their wickets in tact when the umpires took the players off the Sydney Cricket Ground.

Skipper Mahela Jayawardene was on four and Tillakaratne Dilshan on nine. Australia scored 222 for nine off their 50 overs after winning the toss.

“The outfield is still quite wet so unfortunately…” said a disappointed Australian skipper Michael Clarke.

Opener David Warner top scored with 60 off 73 balls but ninth man Mitchell Starc starred for the hosts knocking 52 off 37 to help Australia post a decent total.

Sri Lanka have routed Australia in the last two games to seize a 2-1 lead in the five-match series. The final leg will be played in Hobart on Wednesday.

“We’ve got a chance to level the series,” Clarke said.