The demands of bowling Australia to series victory in Tuesday's second Test may have repercussions.

The demands of bowling Australia to series victory in Tuesday’s second Test may have repercussions with pacemen Josh Hazlewood and Peter Siddle struggling to be fit for the final Sydney Test against the West Indies. Australia’s attack for Sunday’s third Test is far from settled, with Hazlewood and Siddle finishing the Melbourne win sore and in doubt. The pace pair will be assessed when the Test squad trains in Sydney on Friday ahead of the Sydney Cricket Ground Test. Hazlewood’s workloads have been under scrutiny throughout the New Zealand and Windies series over the last two months and he failed to take a wicket in the Melbourne Test. FULL SCORECARD: Australia vs West Indies, 2nd Test at Melbourne

Siddle has an ankle problem and was well down on pace in bowling just nine overs on the fourth day at the MCG. “I’ve no idea at this stage, I haven’t really had a chance to talk to the medical staff yet,” skipper Steve Smith said, when asked about Siddle’s chances of making the Sydney Test. “But he was able to get through and get the job done, I just thought today it was best not using him much late in the day to try to get him a bit of a rest.”

On Hazlewood’s chances, Smith added: “It’s obviously a pretty short turnaround between games so we’ll wait and see how he pulls up and we’ll see what the best team is when we get to Sydney and see what the wicket is like.” One option could be using all-rounder Mitchell Marsh more in Sydney after his impressive four for 61 off 17.3 overs.

“Yeah, it’s very possible. I think when he’s in a good rhythm he’s as good as any of the bowlers around the country at the moment, and he hit that rhythm today,” Smith said. Smith raised the prospect of Steven O’Keefe playing as a second spinner at his home ground. “It’d be good to see a second spinner play and see what he’s got to offer,” the skipper said.

“If the conditions are going to suit… there’s a pretty good chance we could see a second spinner playing. We go to Sri Lanka later in the year, where there is a good chance we’ll see two spinners playing – or in the touring party.”

Not since 2006, when Stuart MacGill and Shane Warne bowled together at the SCG against South Africa, have Australia used two spinners in a home Test. Smith was philosophical about Australia losing three wickets to front-foot no-balls during the Melbourne Test, twice by Pattinson and another from Hazlewood.

“It’s been an issue for us this game because we had to take 23 wickets on a wicket that was quite hard to take wickets on,” he said. “For us it was just about letting it go, continuing on and just having the energy that we had before that wicket. I thought our energy, intent and all that in the field was probably as good as it’s been this summer and to be able to get that back was good.” 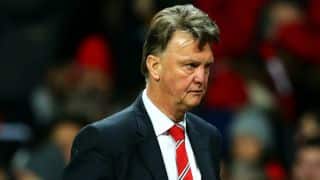 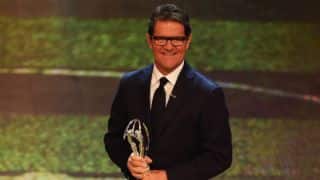