Rohit Sharma's Test credentials have often been a hot topic of debate.

Rohit Sharma‘s Test credentials have often been a hot topic of debate. One of his vocal supporters has been former India captain Sourav Ganguly who has time and again batted for his inclusion in the longest format, expressing his displeasure whenever he has been overlooked.

Ganguly’s wish of seeing Rohit in India whites has been granted after the Mumbai batsman was included in India’s squad for the Australia Test series starting next month.

While Rohit hasn’t been able to seal a spot in Tests, he continues to be a force in the limited-overs format. Against West Indies, in the recently concluded bilateral ODI series, he was in terrific form, hitting two big centuries.

Ganguly feels that the news of him being back in the Test squad must have done a world of good to Rohit’s confidence “Rohit Sharma once again displayed what a power house he is in this format and I have a feeling his call-up to the Test squad for the Australia tour made him more confident,” Ganguly wrote in his column for The Times of India on Sunday.

Rohit was ignored for the England Tests which India lost 1-4. The second Test against South Africa at the start of 2018 was the last time he played red-ball cricket for India before being dropped for the third and final match which the visitors went on to win.

Ganguly sees an improvement in Rohit’s game and shot selection. “His game seems to have tightened a lot and his shot selection has also become better. The Australian wickets are hard, with comparatively lesser movement than England and Rohit s back foot play will be his strength,” he wrote.

Ganguly is also eager to see what next records India captain Virat Kohli is going to set in Australia. Backing the decision to rest Kohli for the three-match T20I series against West Indies, Ganguly wrote, “Virat Kohli had a dream series and will love to carry his form into Australia. The Australian team and the entire cricketing world will be waiting to see where he goes from here. The selectors want to keep him fresh and it is a good decision to rest him.”

He though issued a warning for India against taking West Indies lightly in the game’s shortest format. The current World T20 champions boast of a host of T20 specialists which gives them an edge. “The West Indies T20 team is better than the Test and ODI squads. The likes of Kieron Pollard, Darren Bravo, Shimron Hetmyer, and Shai Hope should keep India on their toes. It is here that Carlos Brathwaite hit four consecutive sixes in the last World T20 final against England. This Indian team must keep in mind that the West Indies are strongest in this format,” he said. 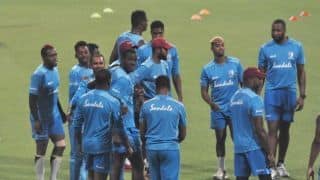 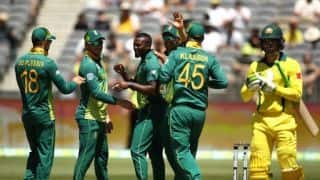