Ireland to play 16 Tests, 42 ODIs, and 44 T20Is from 2019 to 2023 according to Future Tour Programme (FTP) which was allegedly leaked by India. The programme reveals that Australia will tour Ireland before they land in England for the 2019 Ashes. The last time Australia travelled Ireland was in 2015 for an ODI at Stortmont.

Ireland were given Test status earlier this year, along with Afghanistan. They will play their maiden Test against Pakistan at Malahide near Dublin from May 11, 2018.

As it was predicted, Ireland will their most Tests against Zimbabwe (4) and Afghanistan (5). Although venues have not been announced, four of these Tests are expected to be played at home.

Ireland’s tour to England will come after they play Sri Lanka in a one-off Test in 2020. They will have enough experience in the longest format before they play at Lord’s, the home of cricket.

Apart from the Test against Pakistan next year, Ireland are otherwise to free to plan their bilateral series before the FTP gets underway. However, Ireland are yet to finalise the FTP which will be okayed at the Chief Executives’ Meeting in February, before receiving final approval at the ICC Annual Conference next June. 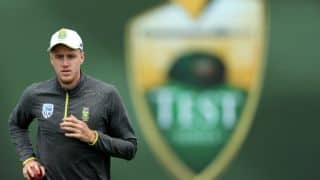