The jersey is predominantly yellow is colour, while a shade of lime green graces the collar, shoulder and on the sides.

Australia have announced their World Cup 2019 jersey as the five-time world champions are set to embark upon their title defence starting May 30 in England. The jersey was unveiled by apparel manufacturer ASICS and is predominantly yellow is colour, while a shade of lime green graces the collar, shoulder and on the sides.

The jersey partially resembles the retro kit from the 1987 World Championship of cricket, which the players put on during the ODI series against India earlier in January this year but is not similar. It is also contrasting to the jersey they wore during the 2015 World Cup entirely yellow which Australia won for the fifth occasion.

Earlier this year, Australia fans voted for the 1999 World Cup jersey as the uniform they d want their cricketers to sport during next summer. Hence, for the ODI series against New Zealand, Australia will don the jersey which the team had sported during their win in England under Steve Waugh 20 years ago.

Australia will start their Word Cup defence against Afghanistan in Bristol on June 1. Heading into the tournament, Australia brushed off poor form with consecutive series wins in India (3-2) and in the UAE, against Pakistan (5-0). Having endured a poor run in 2018, Australia are now unbeaten in eight consecutive ODIs as Aaron Finch s men enter the tournament as one of the favourites. 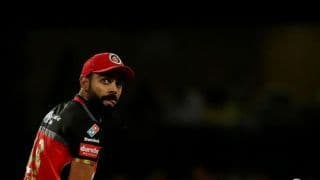