A year ago, England had a forgettable tour to Australia as their Ashes woes spilled into ODI series.

The dress rehearsal for the ICC Cricket World Cup 2015 begins as Australia and England face-off in the opening game of the tri-series at the Sydney Cricket Ground (SCG). A year ago, England had a forgettable tour to Australia as their Ashes woes spilled into the One-Day International (ODI) series. However, under the leadership of Eoin Morgan, England promise to be a more attacking and positive side. Australia would be without Michael Clarke but have the armoury to down any opponent on home soil. After all, beating South Africa 4-1 was no easy task.

England are coming off two encouraging victories in the warm-ups. In both games, England piled big runs on the board. Though the opposition didn’t have the quality of the Australian setup, one can say that England can take heart from those victories. Ian Bell scored a magnificent 187 in the last game against Prime Minister’s XI and will open the batting with Moeen Ali. In this pair, they have a very attacking and calm composition at the top.

The middle order has some attacking players in their unit with Alex Hales, James Taylor and Morgan. Hales did not play the warm-ups though. They have Jos Buttler, the wicketkeeper-batsman and Joe Root adding dimension to the batting. This potentially looks a better batting line-up than the one that toured Sri Lanka late last year. There seems to be more power in the unit and free-stroking ability.

The bowling certainly has been bolstered with the inclusion of James Anderson and Stuart Broad. The duo is coming out of an injury and can use the conditions in Australia to get good help. England have more options in Chris Woakes and Chris Jordan, bowlers who can also bat. Then there is a Steven Finn who could form a good partnership with the Anderson-Broad pair. James Tredwell is the leading spinner and will have Moeen for company.

George Bailey will lead Australia in the absence of Clarke and this unit has all the other World Cup squad members. The return to form of Glenn Maxwell, who smashed a belligerent ton against England for the PM’s XI, is a good sign for Australia and they may consider promoting him up the order at various points in the series. Aaron Finch, David Warner, Shane Watson and Steven Smith would hold the key for Australia with the bat. Brad Haddin and Bailey can absorb the pressure in the lower order. For now, Mitchell Marsh is only playing as a batsman as he is yet to fully recover from injury. Once he is fully fit, he would be ready to bowl.

Australia would be without Mitchell Johnson though, who is out nursing an injury. With that development, Gurinder Sandhu and Kane Richardson have been added to the squad. Sandhu could become the first player of Indian origin to represent Australia if he gets a game.

Australia have Pat Cummins, Josh Hazlewood, Mitchell Starc and James Faulkner as the other fast bowling options. Cummins is likely to be the talisman as the selectors may consider resting Hazlewood and Starc at times. Watson will also be a sound option bowling crucial overs. Xavier Doherty, who beat Nathan Lyon in the race to the World Cup squad, is feeling the heat and carries the burden of being the lone specialist spinner in the side.

There have been some comments about England’s ability in one-day cricket, but this seems to be a beginning of a new era. No one can write them off and this tri-series is perhaps the most important for them to gather lost ground. For Australia, it is about consolidating their position heading into the big event. 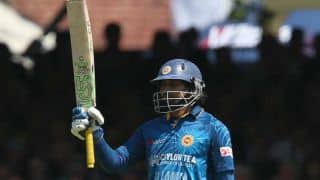 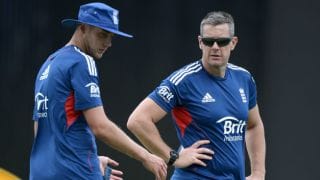