Australia are chasing 235 to beat England in he first ODI of the tri-series.

Aaron Finch has been dismissed in the run-chase of 235 against England in the first One-Day International (ODI) of the tri-series. Finch played one onto the stumps from Chris Woakes. Australia are chasing 235 and it should not be a very challenging target for them. England had been in trouble but had been led well by Eoin Morgan.

Finch is one of the most dangerous batsmen in the world and his dismissal is a big boost for England early. However, they have to now contend with David Warner, who continues to look dangerous. He is coming into this tournament with runs behind him and stopping him will be tough. India are the third team in the series. 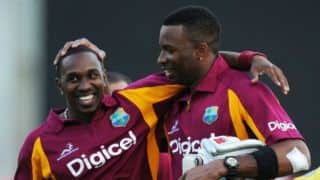