England are off to a disastrous start in the first ODI of the tri-series.

England have lost the wicket of Joe Root in the first One-Day International (ODI) of the tri-series. England are playing Australia at the Sydney Cricket Ground and have started off in a disastrous manner. They lost the wicket of James Taylor and Ian Bell in the first over bowled by Mitchell Starc. Australia have kept the pressure since. Eoin Morgan and Moeen Ali are batting in the middle.

Root hung out his bat to Pat Cummins in the fourth over. It was a nothing shot and got the edge that flew to Shane Watson at first slip. Watson accepted the chance quite easily. Root played a poor shot and that cost him his wicket. Having said that, one must compliment the way the Australians have bowled today. They have kept the pressure on England. 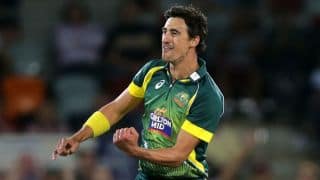 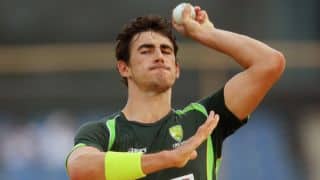