Australia are chasing 235 to beat England in the first ODI of the tri-series.

Shane Watson has been dismissed in the Australian run-chase of 235 against England in the first One-Day International (ODI) of the tri-series. Watson had moved to 16 before he played across the line to Chris Jordan. However, he got the top-edge and Chris Woakes took a very good catch in the deep as he ran in.

David Warner is going along at a very good rate and he is batting well. England only managed 234 and Australia are favourites to chase that down. They had lost Aaron Finch early but Warner has kept them together. He is looking good to get a big score. England have to bowl very well to restrict him here. 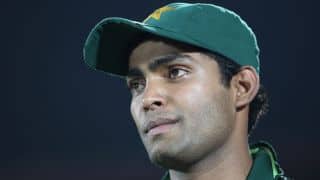 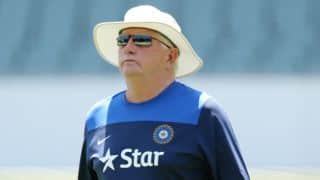