The final off the tri-Series will be held at the WACA ground of Perth.

The final off the tri-Series will be held at the Western Australian Cricket Association (WACA), Perth on February 1, 2015 between hosts Australia and second best team of the series, England. The three teams which are featured in the tournament are India, England and hosts Australia. While Australia is ranked No 1 in the ICC ODI Championship, and India is at No 2, England is ranked few ranks below at No 5. READ: Preview of the final here

England are being led by Eoin Morgan, after Alastair Cook was dropped and removed from the ODI squad and the 15-member squad for the World Cup last year end. However, despite scoring a century in his first One-Day International as a captain, Morgan could not lead the team to win, as Australia defeated England twice in this series. In the final the English team will get another chance to turn the tables. Catch live scorecard and ball-by-ball commentary of the 4th ODI between Australia and England here

On the other hand, Australia will go into the match as favourites. They are unbeaten in this triangular tournament so far and they will be looking to maintain it. Mitchell Starc has been pick of the bowlers in the first two ODIs for them, picking up 10 wickets from the first two matches. Australia will get the services of Mitchell Johnson for the final. This is fourth instance when there will be an one-off final in an ODI series involving more than two teams in Australia. 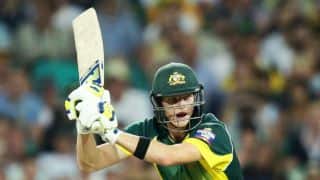 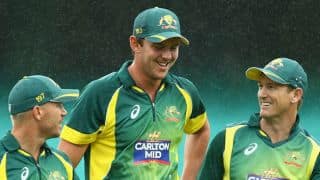