Bell was fluent and reached his century in quick time.

Ian Bell scored his fourth century in the fourth One-Day International (ODI) between Australia and England at Hobart. Earlier, James Taylor was dismissed for a slow innings of five runs off 14 balls. Moeen Ali was earlier dismissed for 46, just four runs short of what would have been the fourth half-century of his short career. 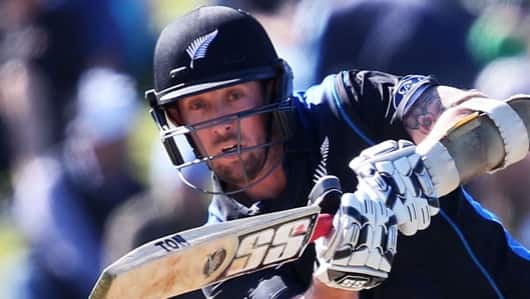