Watson hoped Brad Haddin would be declared fit before the start of the India Test series.

Shane Watson expressed his disinterest in captaining Australia in the near future, and hoped for Brad Haddin would pass the fitness test in order to be selected for the responsibility during the upcoming Test series against India starting December 4 at Brisbane.

After Michael Clarke’s exit from the first Test due to an injury to the right fore-arm, Haddin’s name was among the favourites to lead the side. Haddin’s fitness is still under question however, and is he fails to pass the test, Watson would be among the top candidates for the job.

Watson’s focus at the moment is on regaining his place in the Test squad for the India series after missing out on the UAE tour against Pakistan due to an injury. Watson’s last stint as a captain was the fourth Test  of the Border-Gavaskar Trophy held at Delhi last year. Australia were whitewashed in that series by a 0-4 margin.

The 33 year-old allrounder stated that the replacement captain would have to have the batting and leadership skills that would fill the void left  behind by Clarke’s absence, picking Steven Smith, Mitchell Johnson as well as himself as top contenders for the job.

“I wouldn’t say no, that’s for sure. The time I’ve had the privilege of captaining Australia was certainly incredible to have that opportunity.

“It was an honour to be able to do it. But there’s a few people that are well in front of me to get the captaincy so my most important thing is to try and be part of that first Test team in Brisbane.

“I just need to be scoring runs over the next couple of weeks to give myself the best opportunity to be able to do that, Watson was quoted as saying, according to a report by crunchsports.com. 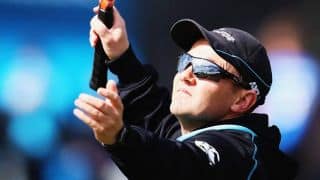 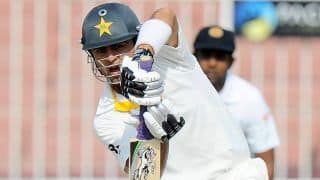