Australia vs India 2020-21 - Glad Tim Paine Was Not in Our Team: Pakistan Wicketkeeper Kamran Akmal

Australia vs India 2020-21 - Glad Tim Paine Was Not in Our Team: Pakistan Wicketkeeper Kamran Akmal

Hailing the Australian side, Akmal said it would now be interesting to see how people who criticised me in the past react to Paine.

Wicketkeeper Kamran Akmal reckoned Australian skipper Tim Paine is lucky he is not he is not playing for Pakistan. Akmal said that Paine would have to face massive backlash had he been a Pakistani.

“I am glad that Pakistan wasn’t playing there and he [Tim Paine] wasn’t in a Pakistan team or else they would have said so many things about him [Tim Paine],” Akmal said on his Youtube channel.

Hailing the Australian side, Akmal said it would now be interesting to see how people who criticised me in the past react to Paine.

Now I will see what will be said by those people who have spoken about me at length. It was an interesting Test and the Australian side made a lot of efforts. They did not lose hope anywhere in the match that they could not win. This fighting attitude was their greatest asset,” added Akmal.

The out-of-favour Pakistan wicketkeeper added further that Paine had a bad day and that can happen. He also reckoned that had Australian taken the catches, the result could have been different.

“Australia would have been celebrating a win if they had taken their catches. This did not happen, however. The fielding did not allow this to happen. You can have good and bad days on the field. The specialty of the Australian side is that they do not make many mistakes. They made all their mistakes in a single day. Tim Paine had a very bad outing. This happens. Every keeper drops catch but what can we say,” concluded Akmal.

With both the sides having won a Test each, the fourth and final Test at Brisbane promises to be a humdinger between two world-class teams. 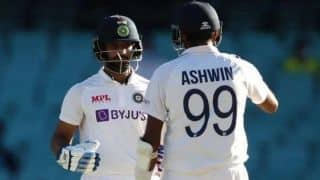