Lyon said that he is confident of himself as the ball is coming out well of his hand.

Ahead of the fourth and final Test at Brisbane, Australian spinner Nathan Lyon reckons this has been a ‘challenging summer’. Claiming that he has been bowling well, Lyon who has picked up six wickets in three Tests – feels India has come up with good plans against him.

“This summer has been challenging. Playing against India, again, I think they’ve come up with some really good plans to combat me. To be honest, I’ve been really happy with what I’ve been bowling. I’ve been able to create some chances which have been really positive. I’m very happy the way they’re coming out,” Paine said while speaking to reporters.

Adding further, Lyon said that he is confident of himself as the ball is coming out well of his hand.

“Some days the wheel doesn’t turn around and you don’t have much luck in the middle. I’m very happy how they’re coming out of my hand, [I’m] very confident,” he added.

Lyon – who is four shy of the 400-wicket mark – is excited and hopes that the strip at Gabba will offer bounce.

“I’m very excited to get to the Gabba where there’s a bit more bounce than the MCG and SCG, definitely SCG anyway. I’m very excited about that. Knowing that if I keep doing my job with the Australian cricket team the luck will keep changing here and there. I’ve just got to stay patient and see how we go,” Lyon added further.

The 4th Test starts on January 15 and it is expected to be a humdinger with the series locked at 1-1. With the Border-Gavaskar trophy in the line, both teams will fight every inch and that will make it exciting for the fans and cricket in general. 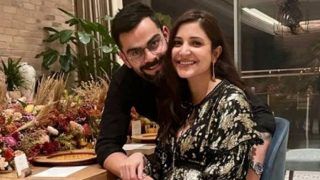 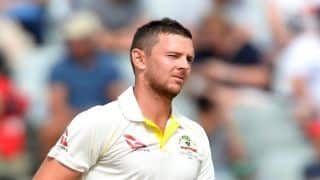