Langer admits that the absence of Kohli (paternity leave) and Shami (wrist fracture) would be an advantage for his team but the focus firmly remains on its own planning.

Reeling with the pressure to bounce back after the Adelaide horror, the Indian cricket team will find it tough to counter Australia in the remainder of the ongoing four-Test series Down Under. Australia head coach Justin Langer believes the absence of India captain Virat Kohli and premier pacer Mohammed Shami give Australia the advantage. Langer also empathised with the visiting team after the 36-run shocker it endured in Adelaide but he is also ‘glad’ that the Indian team are ‘stressed’ during the Christmas weekend ahead of the second Test at MCG on December 26.

Skipper Kohli has headed home on paternity leave after leading the Indian team in the day-night Test in which the tourists suffered a eight-wicket defeat. India suffered another major blow when Shami was ruled out of the remainder of the series after suffering a fracture in his right hand during the 1st Test.

“Virat Kohli is one of the all-time great players and Shami I think is a real glue for the Indian bowling attack, because he’s so miserly, he’s very, very skilful,” the 50-year-old Langer told the press on Thursday.

“So of course it gives us an advantage. But we just know we have to keep working hard in all the processes we’ve been talking about for some time. We know we have to start strongly on day one, we know we need to keep the pressure on Rahane if he is the new captain.

“Our processes don’t change, but when you take the best players out of any cricket team, then of course it weakens them, that is just reality, and it gives us an advantage.”

Langer said his team would look to drive home the advantage in the absence of Kohli by putting relentless pressure on new skipper Ajinkya Rahane. What would he have done had he been in India coach Ravi Shastri’s shoes?

“None of my business. I have had enough with stresses ….I empathise with the opposition and I know what it feels like. If India are feeling any stress, I am glad they are and not us over the Christmas weekend.

Tim Paine’s batting has been a topic of discussion as the Australians judge every keeper-batsman through the Adam Gilchrist prism but the coach has enormous faith in his skipper’s abilities and the leadership qualities he has shown in the past two years.

“…whether it’s his wicket-keeping, his captaincy, his batting, I have said publicly and privately for almost the last year, he is our most important player, because he is a lead wicket-keeper, his leadership on and off the field is incredible,” he said.

Langer expressed his happiness over the staging of the Boxing Day Test amid the coronavirus pandemic. 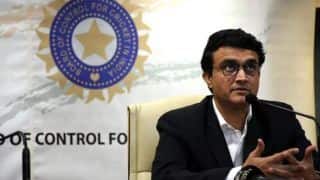