Statistical highlights of the fourth day's play of the first cricket Test between India and Australia on Thursday. 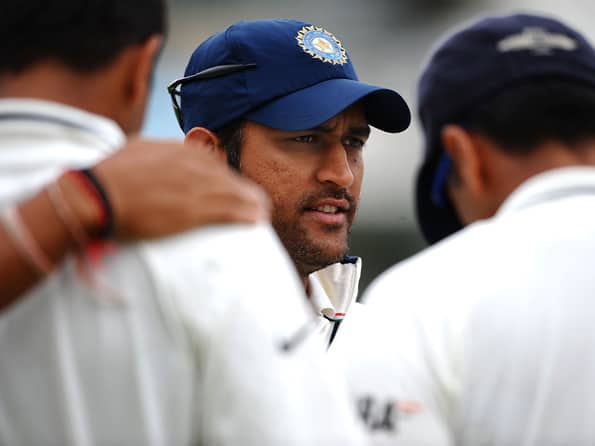 India has won only three Tests this year, lost five and drawn four out of 12 played with a success rate of 25 % Getty Images

Statistical highlights of the fourth day’s play of the first cricket Test between India and Australia on Thursday.

# With his excellent innings of 32 off 46 balls, Sachin Tendulkar has equalled Rahul Dravid’s record for amassing most runs in the fourth innings in Tests — 1550 (ave. 38.75) in 55 innings, including three centuries and seven fifties. Rahul Dravid’s aggregate of 1550 runs in 56 innings at an average of 40.78, including one century and nine half-centuries.

# Tendulkar, for the sixth time, has top-scored in both innings of a Test match — his third instance against Australia, including two at Melbourne.

# Ashwin has recorded a batting average of 36.40 in his first four Tests, aggregating 182 runs in six innings, including 103 against West Indies at Wankhede Stadium as his highest. He has claimed 26 wickets at 24.80 runs apiece, including two instances of five wickets in an innings, at an impressive economy rate of 2.91.

# Umesh Yadav (21) has recorded his highest innings in Tests, outstripping the 2 not out in the first innings of the Melbourne Test.

# Dravid could not improve his batting average in Tests at MCG, which is 32.87 — 263 in eight innings (four Tests), including two half-centuries.

# Australia, with their triumph, have won four, lost three and drawn two out of nine contested — winning % 44.44.

# Australia’s win is their first in nine Tests against India (Lost five and drawn three).

# Australia have won eight Tests (including the last five), lost two and drawn one out of eleven contested at this venue against India.

# India have lost five Tests in a row on foreign soil — all in 2011 — four to England and one to Australia at MCG.

# Michael Hussey (89) has posted his second highest against India in Australia, behind the 145 not out at SCG in January 2008.

# Hussey is the top run-scorer, aggregating 680 runs at an average of 42.50, including two centuries and three fifties — the most by an Australian player in 2011.

# James Pattinson (37 not out) has recorded his highest innings in Tests, bettering the 18 not out in the first innings of the present Test. The knock is the highest by Australian number ten batsman against India at MCG.

# VVS Laxman has failed to improve his batting record at MCG, averaging 14.25 in eight innings.

# Virat Kohli has posted his second duck in Tests — one each against the West Indies and Australia.

# James Pattinson (4/53) has registered his best bowling figures against India, taking his tally to 20 wickets at an average of 15.20, including two five-wicket hauls, in his first three Tests.

# Pattinson has got the Man of the Match for the second time — he had first received the award against New Zealand at Brisbane.