Statistical highlights at the end of the third cricket Test between India and Australia at the WACA ground on Sunday. 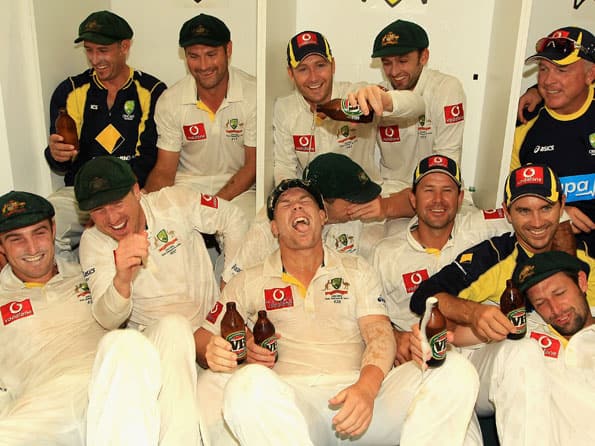 Statistical highlights at the end of the third cricket Test between India and Australia at the WACA ground on Sunday.

# On the other hand, Australia’s success % is quite impressive – 347 wins, 194 defeats, 197 drawn games and two tied matches out of 740 played. Australia remain the only team to have recorded winning % of 40 or more in Tests.

# As captain, Mahendra Singh Dhoni enjoys success % of 45.94 – his record being seventeen triumphs, 10 defeats and 10 drawn games out of 37 contested.

# India have lost 11 Tests each by an innings margin to England and Australia, 9 to West Indies, 4 to South Africa, three to Pakistan, two to Sri Lanka and one to New Zealand.

Overall, India have lost forty one Tests by an innings margin.

# Dhoni has set an unwanted Indian record by losing six Tests by an innings margin. Lala Amarnath had lost five games by such a margin.

# David Warner has got the Man of the Match award for the second time – his first was against New Zealand at Hobart in December last year. Despite a hundred from Warner, Australia had lost the Test.

# Virat Kohli (75) has recorded his career-best innings, surpassing the 63 against West Indies in Mumbai in November 2011.

# Kohli posted his first half-century on foreign soil – his first against Australia.

# Kohli has posted three fifties in Tests – 52 & 63 against the West Indies in Mumbai in November last year and 75 against Australia in the just concluded Test at Perth.

# Kohli and Rahul Dravid have shared an 84-run stand for the fifth wicket – an Indian record at WACA Ground, surpassing the 68 between Kohli and Laxman in the first innings of the 2011-12 Test.(PTI)