Australia have already won the Chappell-Hadlee Trophy by winning the first two games at Sydney and Canberra in a convincing fashion.

Things come full circle for hosts Australia and the visitors New Zealand as they return to the iconic MCG in Melbourne for the third and final One-Day International (ODI) of the Chappell-Hadlee Trophy 2016-17 on Friday. Over 18 months ago, the two teams met in the final of the ICC Cricket World Cup 2015 at the same venue, where the hosts prevailed in a comfortable manner. The emphatic win and the tag of being the world champions came to Australia after they had lost a close group stage encounter against the same opposition and with it the Chappell-Hadlee Trophy as well.

But this time around, things are different as far as the traditional bilateral series is concerned. Australia have already won the Chappell-Hadlee Trophy by winning the first two games at Sydney and Canberra in a convincing fashion. With the outcome of the series already being decided, the final match of the series at Melbourne will be of academic interest only. But the result of the past games will not matter much, as both teams will look to play it with same intensity. There will still be some motivation for both the teams coming into the match, as Australia will look to stamp their authority by winning the match and series 3-0, while New Zealand will look to restore some pride by leaving Australia with a win under their belt.

Australia have been the better side of the two, hands down. Their batsmen have put up huge scores on the board and their bowlers have defended them easily. Their skipper Steven Smith and his deputy David Warner have been amongst the runs. Both have got a hundred each in the series, thus playing a crucial role in setting up victories. Travis Head too has been a revelation this series, scoring quickfire fifties in both the outings. Mitchell Marsh also played his part with the bat in the previous game, playing a blazing knock of 40-ball 76 not out. Wicketkeeper Matthew Wade too has played handy cameos.

The only concern Australia have in their batting department is Aaron Finch and George Bailey s lack of runs. The hosts will want the duo to come good in the final ODI. They also have swashbuckling batsman Glenn Maxwell in the squad and it will be interesting if he gets a look in. With a crucial Test series against Pakistan coming up, there is a chance Australia might rest their pace ace Mitchell Starc.

On the other hand, New Zealand will look to salvage some pride by winning the last game. Though there is nothing like revenge in sports, New Zealand will look to avenge the heartbreaking loss at MCG, which cost them the World Cup after a dream run. They have not quite fired collectively as a unit in this series. While Martin Guptill got runs in the first game, there was nobody to back him up. Similarly in the second ODI, skipper Kane Williamson and all-rounder James Neesham scored fifties but the task was simply too big to achieve chasing 378.

New Zealand bowlers have also faltered in conditions conducive for batting. They will look to make amends in the last chance before leaving the Australian soil. New Zealand have not tried Todd Astle and Henry Nicholls in the series thus far. The two of them may just get a look in but unless there are forced changes due to injuries, New Zealand might go with the same side.

The pitch at MCG is expected to be full of runs, so the side winning the toss will look to bat first and score big. The weather forecast for the match day suggests it will remain overcast and temperature will remain around 16-20 degrees. But there are is no forecast for showers. 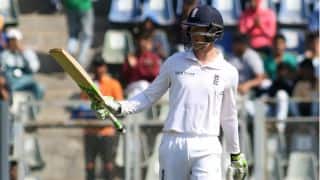 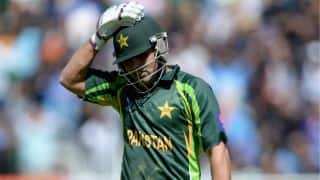