Having surprised T20 World Cup 2016 red-hot favourites India in their opening game on Tuesday, a spirited New Zealand side will take on Australia in their second match.

Having surprised T20 World Cup 2016 red-hot favourites India in their opening game on Tuesday, a spirited New Zealand side will take on Australia in their second match at Dharamsala on Friday. New Zealand slammed India by a huge margin of 47 runs in the first match of the T20 World Cup 2016, and they will be looking forward to carry their winning momentum and take revenge against Australia for their recent defeats. The Kiwis, under Kane Williamson, were always expected to punch above their weight but the way they dismantled a high-flying India, it will be daft to take their firepower — especially in the spin department — lightly. FULL CRICKET SCORECARD: Australia vs New Zealand, ICC T20 World Cup 2016 Match 17, Dharamsala

New Zealand favoured three spinners in Mitchell Santner, Nathan McCullum and Ish Sodhi in place of their fast bowling troika of Tim Southee, Trent Boult and Mitchell McClenaghan against India. At the toss, the move did look surprising to many, but the way the New Zealand spinners went about their job justified their selection. However, the Kiwis need to move away from their win as their batting floundered against Indians, and this will be a concern going into the game against a strong Australian outfit.

David Warner’s demotion in the Australian batting line-up has worked wonders for them, and New Zealand will have to put their A game forward in all departments to ensure that they do not make mistakes that were seen in the game against India. Their batting misfired totally with only Corey Anderson putting up a fight against India, and this is one weakness which Australian think tank would have definitely noticed.

Australia will sorely miss Mitchell Marsh, who has been sidelined from top flight cricket for a very long time. Starc is not only their best bowler, but he was someone who knew the Indian conditions well. In his absence, the responsibility of leading the bowling attack has fallen upon Josh Hazlewood, who began the tour with a bang, taking a hat-trick against the West Indies in the warm-up match, which his team lost.

New Zealand would know that the tactics which they used against India may not work in this match, as Dharamsala wicket is not as conducive to the spinners like the one at Nagpur. And most importantly, New Zealand were lucky to have managed to break the Indian middle-order with far too many soft dismissals, otherwise they did not have enough runs on the board to even challenge the Indian authority.

On paper, spin bowling is the only department in which Australia look frail. They did not include Nathan Lyon in their squad, and instead, preferred Adam Zampa and Ashton Agar. Australia might find the need to have lot many options of bowlers who can bowl slow, as taking the pace off the ball is critical on the wickets that do not provide enough for the fast bowlers.

The T20 World Cup 2016 is up and running and the format provides no scope of making errors. New Zealand kept their best foot forward in their first match, and would like to continue doing so. On the other hand, Australia will be wary but prepared for the Kiwis. 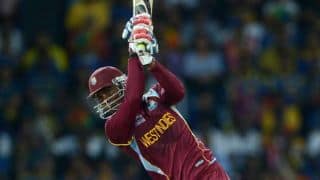 Video: Reasons of India's loss against New Zealand explained in a hilarious way