South Africa, for now, look set to take a 1-0 lead in the three-Test series with just six wickets left to grab.

In the third session of Day Four between Australia and South Africa, Steven Smith and Usman Khawaja led a strong fightback before Smith fell for 34 while Khawaja remained unbeaten at 58 at stumps. The duo staged a fightback by adding 92 for the third wicket but with the captain departing before end of play, Australia reached 169 for 4. Proteas are well on top and look set to win the first Test on Day Five courtesy Kagiso Rabada‘s sharp bowling. Earlier, the visitors had tightened the grip on the match after resuming day’s play from 390 for 6. Quinton de Kock and Vernon Philander struck respective half-centuries as South Africa gave a stiff target of 539 for Australia to chase. In reply, David Warner and Shaun Marsh gave a fitting start to their side but the former departed for 35, courtesy a brillaint run-out by Temba Bavuma. This was a big setback for Australia who also lost Marsh off Rabada for 15. Smith’s dismissal was followed by Adam Voges departure as Australia are in tatters with one full day to go. LIVE CRICKET SCORECARD: Australia vs South Africa, 1st Test at WACA, Perth

Day Four began with an aggressive intent carried out by South Africa’s overnight pair of de Kock and Philander. The pair added 116 runs for the seventh wicket before de Kock scored another fifty in the match. Philander led charge after his dismissal along with a vital supporting innings from Keshav Maharaj. Maharaj remained unbeaten at 41 while Philander got out for 73 after which South Africa declared.

South Africa had done all the hard work in their second innings with the bat after getting dismissed for 242 in their first attempt. Dean Elgar and JP Duminy’s centuries bailed South Africa from 45 for 2 with some classy batting and cautious approach. They, however, lost few wickets in form of Faf du Plessis and Bavuma but again were still in commendable position. ALSO READ: Australia vs South Africa, 1st Test, Day 4 Tea Report: Visitors 8 wickets away from remarkable win

Josh Hazlewood, Mitchell Marsh and Peter Siddle picked up two wickets each while Mitchell Starc and Smith picked up one scalp each. Australia have a big task to save the test with three full sessions left tomorrow and Khawaja will have to play an innings which can make his career. This, however, looks unlikely given the kind of character shown by South Africa.

Losing Dale Steyn in the middle of the match, South African bowlers showed will to fight by giving a lead of only two runs to Australia in the first innings and struck again in the second innings to put themselves in dominant position. Rabada was most impressive on Day Four as he pitched everything on the off side and made the batsmen play at the deliveries. His late scalps have eased the workload of the team heading into the final day’s play. South Africa, for now, look set to take a 1-0 lead in the three-Test series with just six wickets left to grab. 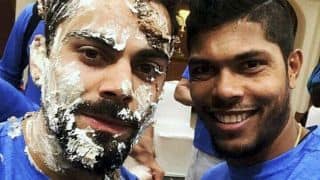 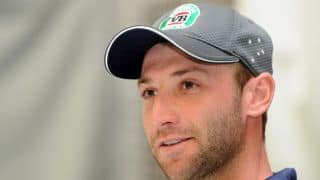