Faf du Plessis has admitted that he has recently spoken with former South African skipper Graeme Smith just before the visitors began the three-match Test series against Australia.

Faf du Plessis has admitted that he has recently spoken with former South African skipper Graeme Smith just before the visitors began the three-match Test series against Australia from Thursday at W.A.C.A. Ground, Perth. Du Plessis has had a successful One-Day International series (ODI) against Australia back in South Africa when they defeated the Steven Smith lead side by 5-0. But now with the Test series being played in Australia, this is going to be a completely different ball game. Having won the ODI series, the Proteas will definitely be hoping to carry on with the winning momentum. LIVE CRICKET SCORECARD: Australia vs South Africa, 1st Test at WACA, Perth

Du Plessis had called Smith just the previous night of the match, talking about which the South African skipper was quoted saying by espncricinfo.com as, “I’m supposed to speak to Graeme a bit later, just to try to get some ideas of how he did things when he was over here because he was a very successful captain. I’m looking forward to that conversation. The most important thing for me as a leader is to put your ego aside and try and ask and learn as much as you can because there’s a lot of valuable information out there.” ALSO READ: Australia vs South Africa 1st Test, Day 1, Lunch Report: Hosts bowlers on top as Proteas crumble in first session

Smith holds a record of defeating Australia for tow times in a Test series in Australia which makes his inputs very vital for Du Plessis as he has not played much Test cricket as the skipper of the team. The Proteas had to undergo a huge shock when Smith retired back in 2014, prior which Jacques Kallis too had retired three months back. It was due to these experienced players retiring simultaneously that South African cricket had a lack of experience when it came to playing longest format of the game against the likes of Australia. 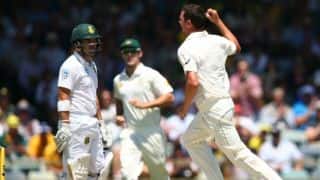 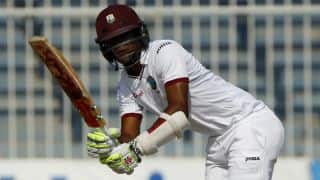