The Australian summer beings at the WACA, Perth, on Thursday, with a misfiring team under Smith taking on South Africa, who promise to keep piling up the misery on the hosts.

Since the 2010-11 summer at home wherein they lost The Ashes to England, no Australian team has faced as much pressure as the current side under Steven Smith, heading into a big season which has Tests slated against South Africa and Pakistan. The Australian summer beings at the WACA, Perth, on Thursday, with a faltering team under Smith taking on South Africa, who promise to keep piling up the misery on the hosts. South Africa are the only team in to have maintained a terrific record Down Under, and for them the only goal will be to complete the elusive hat-trick of Test series wins against Australia. FULL CRICKET SCORECARD: Australia vs South Africa, 1st Test at WACA, Perth

The last time Smith s team headed into a Test series, they were ranked No. 1. But by the time the Warne-Muralitharan Trophy 2016-17 got over in Sri Lanka, the Australians skidded to the third spot in the ICC Test Rankings following their first-ever whitewash. As it turned out, the Australians neither could bat against spin nor bowl effectively to stem the rot. But none of this could matter when they walk out at the WACA on Thursday morning, with their backs firmly fixated at the walls. After all, they are playing at home.

Having suffered 0-5 annihilation at the hands of South Africa in the ODI series, Smith s team cannot help but watch the tourists making boisterous statements in the media and head into the first Test with their tails up. After all, no cricket team has beaten Australia twice in succession in their backyard, and South Africa are completely justified to make all the noise in the build-up to the opening game of the three-Test affair.

Smith has carried the tradition of declaring the playing XI way well in advance, and those who have been on the edges of their seats would have been relieved seeing the likes of Mitchell Starc, Josh Hazlewood, Peter Siddle and Nathan Lyon forming the bowling attack. Joe Mennie will wait for his chance, but the sword will keep dangling on a few players who have misfired for long.

Joe Burns and Jackson Bird may envy the luck Mitchell Marsh has had. Even after 18 Tests, the all-rounder neither has a Test hundred nor a five-wicket haul to back up his claim. A total of two half-centuries in 29 innings has thrown the spotlight at the 25-year-old all-rounder, who has already received the rude but clear message of perform or perish by Rod Marsh, the chief Australian selector.

Injury-prone Shaun Marsh will open with David Warner, followed by Usman Khawaja at No. 3 and then the head of the snake in Dale Steyn s terms, Steven Smith. All these men, along with Adam Voges will carry the responsibility of doing bulk of scoring, whereas Peter Nevill who may bat ahead of Marsh finally will be bestowed with the task of adding crucial runs with the tail.

For South Africa, it is time to live up to the big words they have thrown in the media ahead of the series. From Kagiso Rabada to the veteran Steyn, the South African bowlers have claimed there will be no mercy, and they have their tasks cut out for them in order to restrict the Australian batsmen known for heavy scoring in home conditions for the next three Tests. South Africa do realise that it is their bowlers who give them the real chance, as their batting remains untested.

The absence of AB de Villiers makes the South Africans slightly frail, who are have not really bounced back with the bat since their humiliation in India last year around the same time. England and New Zealand both had success restricting the Proteas batsmen in their backyard, and it remains to be seen how good the South African batting is, with several of their players playing in Australia for the first time. Quinton de Kock, Temba Bavuma, Stephen Cook, Keshav Maharaj, Rabada, Tabraiz Shamsi, Rilee Rossouw, Dane Vilas, Kyle Abbott and even Dean Elgar (1 Test in Australia) are the members of the South African touring party who do not have the requisite experience.

But South Africa need not worry, as none of the Australians have any experience of winning against their toughest opponents at home. After all, Australia and South Africa remain equally matched as far as skills are concerned.

Talking about current form, neither side can boast having a lot. South Africa showed glimpse of returning to their best against New Zealand, whose batting remains frail and Steyn enjoyed some good time against them. Imran Tahir, in particular, had a memorable time haunting the Australians in the ODI series, but the leg-spinner has not been included. As far as spin bowling is concerned, Lyon easily outguns the South Africans with his impeccable home record, despite the tourists conjuring up anything along the journey.

South Africa played two tour games one to get their eye in against the pink cricket ball and another against a team that could never pose them any challenge. In the day-night tour match, South Africa s stand-in captain Faf du Plessis and Elgar did show some form with fine centuries. But then, there was no competition.

A few of the Australians can feel good about themselves heading into the first Test. Three out of their top four Shaun Marsh, Warner and Smith scored centuries in their respective matches in the Sheffield Shield and the No. 3 Khawaja displayed form with 79 and 12 for Queensland against New South Wales. But the real Test for the Australians lie in batting as a unit, and defying the motor-mouth South African bowlers in the first Test itself. Setting the tone early will be the top most priorities for both these teams, in which Australia find a lot at stake compared to the tourists.

A lot has happened outside the cricket field for Australia, with former greats coming hard at the current bunch for being mediocre and rightly so. Khawaja, who was at the receiving end of some severe criticism in particular from Matthew Hayden, will be more than eager to get back in the form he was in the last time Australia played at home and in the region. The same will be the aim of Voges. 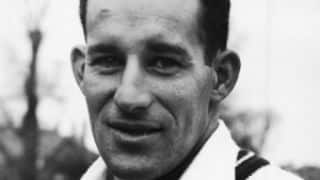 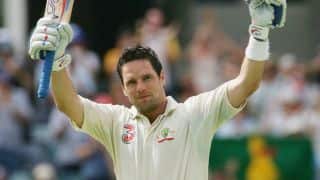