Rossouw and de Kock setup the win with a 129-run 2nd wicket stand.

South Africa won the first Twenty20 International (T20I) against Australia after they chased the 145-run target down with seven wickets and an over to spare. The South Africans took a 1-0 lead in the three-match T20I series as a result. JP Duminy and David Miller were unbeaten on scored of six and nine respectively at the end of the chase.

Rilee Rossouw was the star of the run-chase, scoring 78 from 50 balls, with wicket-keeper Quinton de Kock providing able support at the other end with a knock of 46 from 39 balls. The Rossouw-de Kock pair added 129 runs for the second wicket after the visitors lost their first wicket without adding a run on the board.

It was a bad day for the Aussies on the field, with the hosts dropping several catches, which could have changed the course of the match had they been taken. After getting off an ideal start by removing debutant Reeza Hendricks for a duck, the batsman getting caught by Ben Dunk. The first major folly occured in the third over when Nathan Reardon dropped Rossouw, who was batting on two. The dropped chance would prove to be a very costly mistake for the Aussies.

The South African onslaught began in the fifth over bowled by Bollinger when Rossouw smashed a six and two fours off the first three deliveries. There was no stopping the pair from that point onwards as the boundaries kept raining every over. The pair brought up the 100-run partnership in the 12th over, when Rossouw patted Ben Cutting for a boundary.

Though Rossouw and de Kock were dismissed in a space of a few balls, with the latter missing out on his half-century by four runs, the damage was done. Duminy and Miller could afford to play cautiously as they had a handful of runs to chase with enough deliveries in hand. The tourists had an entire over to spare at the end of their chase.

Both Australia and South Africa decided to field debutants — Ben Dunk and Nathan Reardon for Australia and Reeza Hendricks, Rilee Rossouw and Kagiso Rabada for South Africa. The hosts however, were fielding a second-string side, as most of their senior players were yet to return from the UAE tour. Australia had earlier finished at a score of 144 for the loss of six wickets at the end of their quota of 20 overs. James Faulkner and Pat Cummins were batting on 41 and 0 at the end of the innings, while Kyle Abbott was the pick of the South African bowlers with figures of three for 21 from four overs. Australia had won the toss and chose to bat first.

Australia started on a strong note, with openers Aaron Finch and Cameron White notching up 33 runs in the first four overs at a scoring rate of over eight per over. Australia seemed to be headed towards a big target, before the quick fall of wickets the control away from the hosts.

The two teams head to the Melbourne, with the visitors looking to seal a series victory. There are plenty of points for both side to ponder over after the conclusion of this match. The Proteas were impeccable on several fronts, especially with recovery from the first jolt. Their fielding was outstanding as well, as displayed by the breathtaking catches taken by Farhan Behardien and de Kock. Australia, on the other hand need to pull themselves up from the defeat and work on several areas, especially their fielding, if they are to draw level.

Man of the Match: Rilee Rossouw 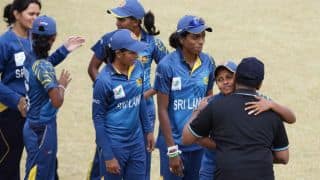 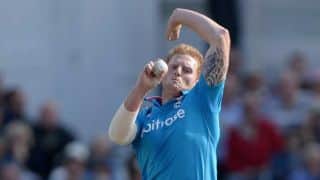