Aus are several key players, who are yet to return from the UAE.

With the ICC World Cup 2015 just a few months away, South Africa have landed in Australia at an ideal time. The start for South Africa has not been an ideal one, as they were beaten by Cricket Australia XI (CA XI) in the practice match by a margin of 22 runs. The team that South Africa face in the Twenty20 Internationals (T20I) is a second-string one, given that the main players are yet to return from their tour of the UAE. The overall aura is not a motivating one for the Australian team, especially after the Test series loss to Pakistan, but the fresh faces need to forget those cruel thoughts and get back to hitting sixes in the shortest format.  South Africa played the practice match at Sydney but they will now move to Adelaide- the southern part of Australia. The last T20I played at this venue between England and Australia fetched a total of 429 runs.

Aaron Finch has been picked to lead Australia in the T20s. The Aussies will miss the services of Glenn Maxwell, David Warner, Mitchell Johnson, Mitchell Marsh and Steven Smith. The the wicket-keeping duty is handed over to Ben Dunk owing to his recent form in the domestic season. Queensland left-hand batsman Nathan Reardon has also made it to the squad as he had smashed 75 runs from 35 balls in the Matador Cup match recently.  Doug Boullinger is also back with the team after he last played T20I in April 2014 at Dhaka. But it will be interesting to Shane Watson getting back to the loop after string of injuries kept him out of action for a long time. Overall, the team is a perfect blend of fresh faces, as well as players making their way to the team after a gap.

The One-Day Internatinal (ODI) series against New Zealand would have raised there expectations, but the loss against CA XI will hit them hard. JP Duminy is captaining the South Africa T20 side for the first time. Both squads are quite similar in nature. Most of the top-players been left out, and some new faces who have done reasonably well in the domestic have been launched into the bigger platform. 19-year-old Kagiso Rabada who was part of the u-19 World Cup winning squad, has been given a ticket to play at the international level. According to Cricket Australia, James Faulker has been included in the side but his presence depends on his engagements with the Test squad in UAE. 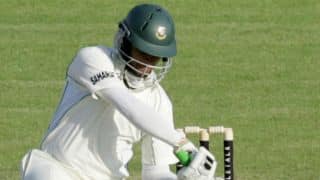 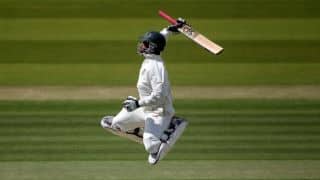