Australia and South Africa are locked at one all in the 5-match series.

Australia marched on without losing any wickets as they reached 91 in 16 overs. Both openers David Warner and Aaron Finch have got their eye in and are nearing their half-centuries.

Earlier Australia made a good start in the third One-Day international of the at Manuka Oval on Wednesday.David Warner was particularly aggressive as he hit Vernon Philander for a six and a four and Morkel for a four.

Earlier George Bailey, Australia’s stand-in skipper, won the toss and chose to bat in this crucial encounter. Morne Morkel, who took five wickets in the last game, started off proceedings for South Africa. He began with a wide but settled down into a good line and length soon after as he conceded only three runs in the first over. Vernon Philander then bowled the second over, he however, was slightly expensive as he went for five runs in the over with a boundary from David Warner. He infact was tad erratic and even bowled a no-ball in his second over. Aaron Finch could not take full advantage of the free hit as he could only get it away for two. 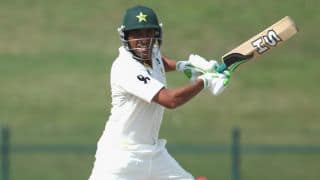 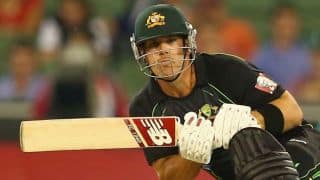