Australia reach 36 for four after 12 overs as Shane Watson and Steven Smith were dismissed in quick succession.

Australia were struggling as they lost their top order in no time. They were struggling at 36 for four after 12 overs as Shane Watson and Steven Smith were dismissed in quick succession, in their second One-Day International (ODI) against South Africa at the WACA in Perth on Sunday.

Watson was the third man to be dismissed, out leg-before off Farhan BehardienWatson was dismissed after he scored 11 runs off 26 balls with the help of a four. Steven Smith was removed soon, caught by Imran Tahir off Morne Morkel. 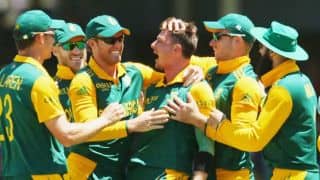 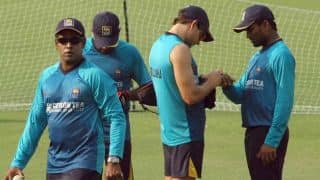