Ahead of the third and final Test against South Africa, captain Steven Smith has backed new man in Nic Maddinson as one of the most crucial names who can change the game for the hosts.

Ahead of the third and final Test against South Africa, captain Steven Smith has backed new man in Nic Maddinson as one of the most crucial names who can change the game for the hosts. Australia have had a disappointing run in Tests lately, losing three matches in Sri Lanka and another two on the trot to visitors South Africa and will be looking forward to bag a face-saving victory in the series. Australia have picked three uncapped cricketers Matt Renshaw and Peter Handscomb apart from Maddinson to go into the final Test and Smith seemed to be especially impressed by Maddinson. FULL CRICKET SCORECARD: Australia vs South Africa, 3rd Test match at Adelaide Oval, Adelaide

Talking to espncricinfo.com about Maddinson, Smith said, “I think on his day he can tear any attack apart. I think the selectors have given him an opportunity to come in and play at No. 6, and I guess sum up the conditions and play with a bit of freedom at the same time. I think he has developed his defence over the last couple of years, from what I have seen he has been playing the ball a lot later and a lot more under his eyes, which is a very good start. From there he has certainly got the shots to expand his game, so he’s going to continue to work hard and hopefully he can flourish in this system.”

Talking about the team, he said, “We’ve obviously made a lot of changes and some young guys have come into the squad. I think it’s obviously this series has been disappointing the way it has gone for us. But I’m actually really excited now about the young guys coming into the group and what they bring. I’ve almost felt a little shift over the last couple of days in attitude and energy from what the new guys have brought in. I’m happy with the team that we’ve got, and I’m excited about all these young guys coming into the group and what they can bring to the team.

Talking about team’s performance and mindset, Smith said, “I think recently we have struggled to identify the periods that are difficult and we have talked about them afterwards where there were moments where we could have done things better. It’s about trying to stay in the moment and identify those periods and get through those periods and when you do that things get easier. It’s a difficult one (phase). You want guys to come in and perform and keep putting in those performances and be consistent. I think it’s a great opportunity to try and get a little bit of continuity with our team and try to make guys feel as comfortable as they can.

“I know when you feel comfortable and relaxed that’s the way you play your best cricket. It’s trying to get that feeling among the group, and make our mindsets right. I think it’s a great opportunity for me to stamp my authority on this team as the leader. I have talked a lot to the guys over the last couple of days about growth and trying to grow and learn as a team. Growth doesn’t happen overnight, so it could take some time, but I am confident that with the guys we have here that we can start turning our results around straightaway and start playing the way we want to play.” Walter ‘WW’ Read: 15 facts about the versatile man from Surrey 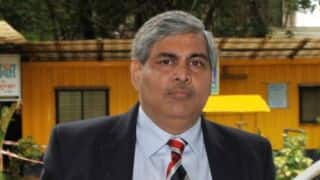